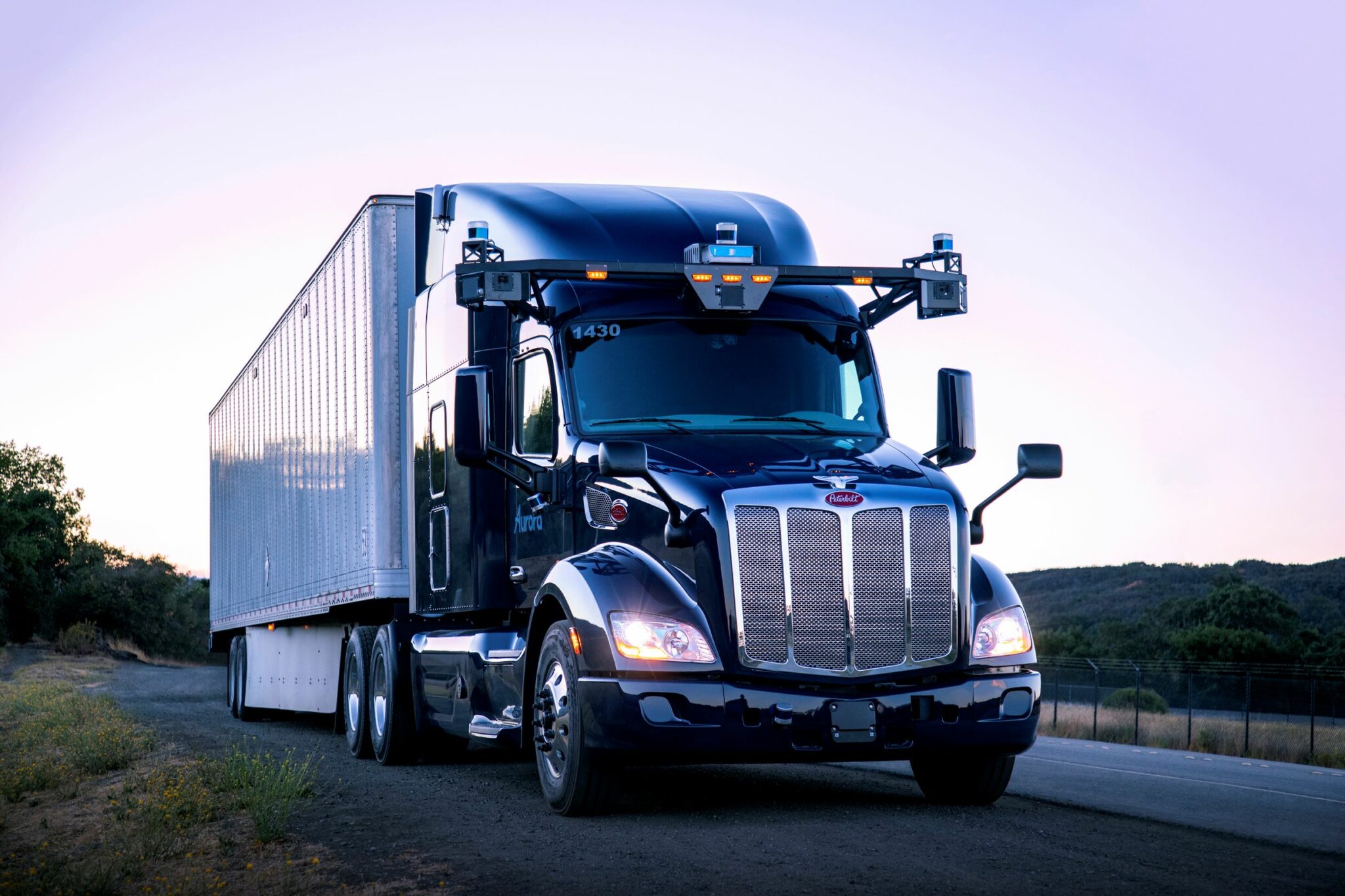 Aurora Innovation developed a Level 4 autonomous truck back in 2018, but it didn’t really focus on commercial vehicles until 2020. Now, with Volvo and Peterbilt in line for its self-driving system, Aurora is closing in on a production-intent version.

The Mountain View, California-based company is making the most of its own Aurora Driver system and using Uber ATG software it acquired in December as part of Uber’s $400 million investment in exchange for 26% equity. For years, Aurora and Uber ATG independently developed hardware in the Pittsburgh, Pennsylvania, area for specific use cases.

“[The ATG system] was not able to solve certain problems,” Sandor Barna, Aurora senior vice president of hardware development, told FreightWaves. “So, we definitely could not just adopt the ATG system.”

For example, ATG’s center-mounted lidar — a radar-like system that bounces laser light off objects to measure distance and velocity — doesn’t work when pulling a trailer that blocks the view. But installing two lidars on the side of the truck also works for passenger cars.

“Our goal is for the system to be as close as possible between [trucks and cars] so that we can share the development effort,” Barna said. “There are some special things about trucks that have to be designed for. The good part is that the portability of the passenger cars is more straightforward.”

Integrating Aurora Driver’s hardware kit of cameras, radars and lidar sensors with its software lets the system make hundreds of decisions a second to safely navigate predictable and unpredictable traffic and road conditions.

Aurora is one of a half-dozen autonomous trucking software companies pursuing the holy grail of replacing long-haul truck drivers with robots that neither need food nor want to sleep at home after a day behind the wheel. Fleets and investors alike are keen for anything that can ease a driver shortage expected to worsen in coming years.

As part of its definitive business combination agreement with special purpose acquisition company Reinvent Technology Partners Y in July, Aurora said it would launch driverless trucking in 2023 followed by autonomously driven ride-hailing in 2024.

Aurora’s new hardware kit will debut in commercial pilots this year and lay the foundation for the production version.

“What we’re providing is the redundant control system for the Aurora driver itself,” Barna said. “So, we have the suite of sensors, lidar, radar and cameras. We’re designing it so that if any one of those goes down, the system can react safely.”

Built-in computer redundancy means that if any single component within the computer failed, the computer would know how to work around the failure. A redundant safety controller can detect if anything else is failing and shut down the vehicle operation if needed.

The point is to avoid those faults in the first place. So, truck manufacturers using Aurora Driver have a role besides providing the truck where Aurora Driver will be installed.

“Instead of having one drive-by-wire steering actuator, they have two and they’re redundant. And so [Aurora Driver is] talking to both of them. If one fails, the other will successfully drive it,” Barna said.

Not everything — turn signals, for example — needs to be redundant.

“We still command the turn signals on the vehicle. If it fails, it fails.That’s not going to abort the mission,” Barna said.

Aurora Driver’s high-resolution custom camera suite features a 360-degree field of view that combines advanced automotive-grade sensor technology with custom-designed lenses. That allows detection of objects, including pedestrians at different distances, even when facing headlight or sun glare, or entering and exiting tunnels.

“We can now see a 10-inch object at a thousand meters.”

A three-dimensional point cloud of the world around it comes from proprietary FirstLight lidar that instantly knows the speed of everything it sees. Leveraging the lidar data allows the Aurora Driver to track the velocity and compute the acceleration of vehicles more than 1,300 feet away.

That allows more time for braking.

Aurora Driver’s radar sensors see through weather conditions like rain, dense fog and snow to produce a precise 3D image. It is also capable of seeing both horizontally and vertically.

“We’ve got a fair number of trucks up and running today with hardware on them that we can develop on,” Barna said. “But this is definitely the final configuration that we want for our very first real product.”