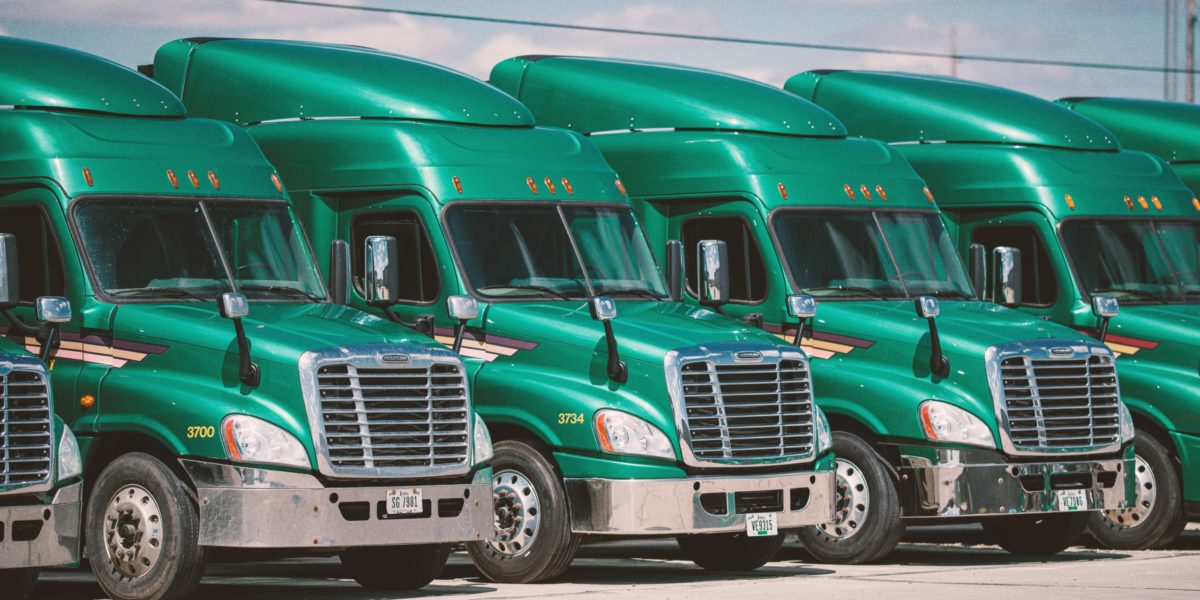 CTV recently introduced viewers to the new transportation practice of “platooning,” or tethering two trucks together electronically in a row so they can be steered by only one driver.  Trucking companies are testing this idea on Alberta roads next month.

“Starting in November,” Kevin Fleming (CTV) reported on September 29, “the Queen Elizabeth II highway to Edmonton and the Trans Canada highway to Banff will have select long haul trucks travelling nose to tail that will appear far too close together to passing drivers.”

During these highway tests,  the driver in the front truck will use connectivity technology (wi-fi) and automated  (self-driving) computer support systems, to steer the truck behind. For the test period, there will be an experienced driver in the driver’s seat in the second truck too.   Trucking companies say the new practice will help relieve the current shortage of truck drivers.

Eventually,“platooning” could mean that, on the long straightaway highways, one driver in one truck could lead a pack of up to 10 semi-robotic long-haul tractor trailers,  racing nose to tail at 100 km an hour. In my mind, that idea conjures up an image of 10 railroad cars running loose on the highway.  How contradictory!  How disruptive to a decades-long tacit agreement!

Until the 21st century, says the Association of American Railroads (AAR) website:

“The competitive landscape of freight transportation was relatively simple: Trucks and trains engaged in a zero-sum battle to capture customers shipping freight across the United States, while waterborne carriers moved cargo overseas and along major domestic waterways like the Great Lakes and the Mississippi River….”

Trains, trucks and boats competed to sell the whole trip to the shipper. Each transportation mode had its own networks of connections outside its own territory, as well as its own containers, labels, and symbols, which complicated transfers from, say, railroad to trucks.

To attract more customers, railroads developed “intermodal” shipping. They spent decades streamlining equipment and infrastructure, arriving at standard-sized steel containers, which fit on trucks and boats as well as trains. Now parent companies can fill and ship containers specifically for each store, and put them on trains going right across the country – double stacked on flat cars, which lowers the cost.

In 2020, says the AAR, intermodal shipping was the major U.S. railroads’ most profitable segment, at almost 25 per cent of revenue. At the same time, this model relies entirely on trucks for “first mile-last mile” deliveries. Trucks take products from the vendor to the train, and from the train depot to the purchaser.

“I think intermodal is a huge opportunity for the trucking industry,” said Terry Johnson, president of Transport Action Canada. “Your drivers can go home and sleep with their families at night. Suddenly the industry will be a much more rewarding place to work.”

“A single freight train can replace several hundred trucks, freeing up space on the highway for other motorists,” reducing highway wear and tear and the pressure to build costly new roads. “On average,” says the AAR, “railroads are three to four times more fuel efficient than trucks. That means moving freight by rail instead of truck lowers greenhouse gas emissions by up to 75 per cent, on average.”

Although most Canadian railroads won’t switch over to electric engines before 2040, “Even with a diesel locomotive,” said Johnson, “you’re already four times more efficient” on rails than on the highway.

The “platooning” vision includes convoys of extra-large trucks that make very long trips, such as round trips from Canada to Mexico. Back in 2015, CTV reported that, “The plan is for an autonomous vehicle corridor along Route 83, which runs north-south through Texas, Oklahoma, Kansas, Nebraska, South Dakota and North Dakota. The road then continues into Manitoba.”

Railroads have been working on ways to extend their reach, Johnson said. “The pending merger between Canadian Pacific and Kansas City Southern will speed things up and make rail more competitive with trucking.”

Johnson’s main concern with platooning was that it would encourage consolidation in the trucking industry because only large companies could afford the investment. “If we have a small number of companies deploying more and more trucks and employing fewer and fewer drivers, highways will suffer,” he said.

“Look, I think it’s good that we have this kind of autonomous technology and that it’s maturing. But in the end, trains are going to move hundreds and hundreds more tons than long-haul trucks ever could.”