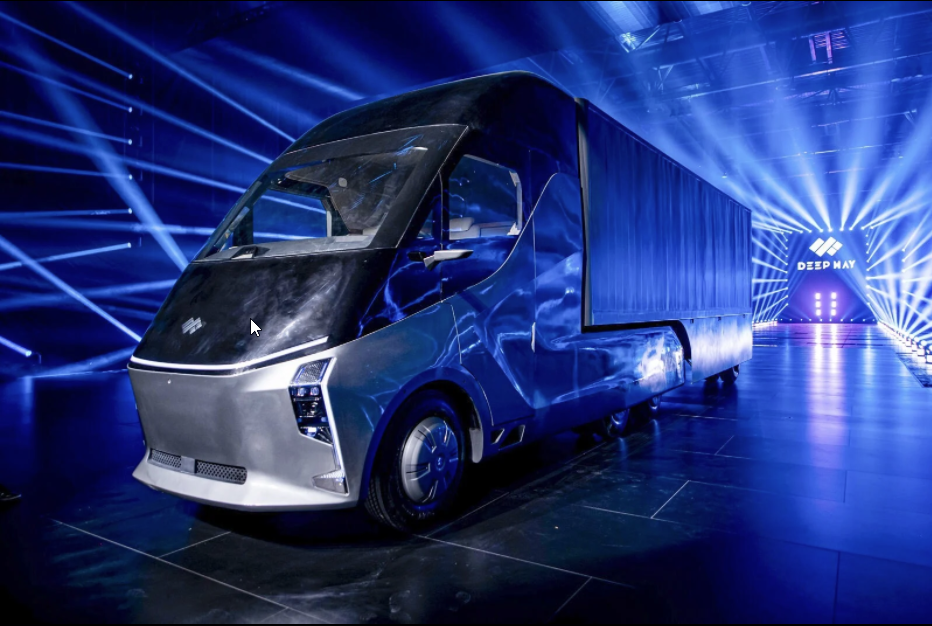 A mass production model launched by Baidu subsidiary DeepWay, Xingtu will have a long-distance sensing capability of more than 1 kilometre and will achieve Level 3 (L3) autonomous driving on high-speed freight routes. L3 means drivers can safely take their attention off the road in certain traffic conditions, but the technology still requires human intervention.

“Autonomous driving must use advanced driverless technology to create new products that offer the ultimate experience to achieve commercial success,” said Wang Yunpeng, general manager of autonomous driving technology at Baidu. “We aim to create value in real-life scenarios, such as transporting people, deliveries and life services. This new generation of vehicles is by no means just a modified truck – it’s a robot truck.”https://www.youtube.com/embed/eKvoQjKiBTk?rel=0&mute=1&playsinline=1&frameborder=0&autoplay=0&origin=https%3A%2F%2Fwww.scmp.com&embed_config=%7B%22relatedChannels%22%3A%5B%22UC4SUWizzKc1tptprBkWjX2Q%22%5D%2C%22adsConfig%22%3A%7B%22adTagParameters%22%3A%7B%22iu%22%3A%22%2F8134%2Fscmp%2Fweb%2Fbusiness_companies%2Farticle%2Finstream1%22%7D%2C%22nonPersonalizedAd%22%3Atrue%7D%7D&enablejsapi=1&widgetid=1

Beijing-based Baidu is controlled by Chinese billionaire Robin Li and has ambitions of becoming China’s autonomous driving bellwether. Its Apollo platform has been in development since 2013 and has nearly 8.7 million test miles. Apollo was being used by the top five global autonomous driving companies last year, and trailed only Google’s self-driving unit Waymo, Ford and Cruise, according to Navigant Research’s annual survey.

“The Apollo platform has the potential to create more next-generation vehicles with self-driving capabilities,” said Cao Hua, a partner at private-equity firm Unity Asset Management. “It remains to be seen whether products like Xingtu trucks will be well received by clients in the near future.”

Equipped with 10 on-board cameras, five millimetre wave radars and three infrared detectors, along with advanced algorithms, Xingtu can achieve end-to-end autonomous driving – from perception to planning – very quickly, Baidu said. With a full load of 49 tonnes, Xingtu’s 450 kilowatt-hour battery pack will go as far as 300 kilometres (186 miles) on a single charge, it added.

Baidu did not, however, say when production would begin and how much the vehicle would be sold for.EVERY SATURDAYSCMP Global Impact NewsletterBy submitting, you consent to receiving marketing emails from SCMP. If you don’t want these, tick hereBy registering, you agree to our T&C and Privacy Policy

The company said that Xingtu, which means creating a path towards stardom status in Chinese, could achieve L4 capabilities on the same high-speed freight routes between 2024 and 2026. Vehicles powered by L4 technology do not require human interaction in most circumstances.

Autonomous driving has the potential to make long-haul transport cheaper and more efficient. For example, US self-driving truck firm TuSimple said this year that it had customer reservations for more than 5,700 trucks.

Elsewhere, Jidu, a carmaking joint venture between Baidu and Zhejiang Geely Holding Group, said it was also developing its first battery-powered passenger car, which is expected to debut in 2024.