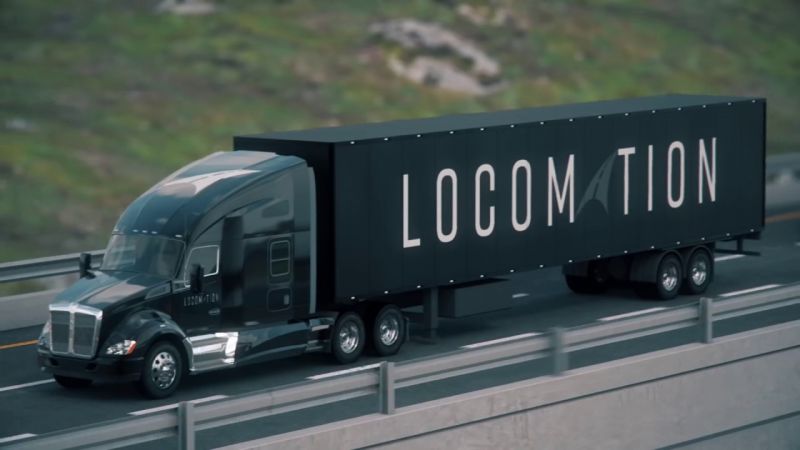 PITTSBURGH (KDKA) – Could a driverless truck soon be driving alongside you on the Parkway? It’s closer to a reality than you think. Locomation, based in Lawrenceville, is working with trucking companies to get these on the road now.

To get more of these autonomous trucks on the roads, there’s some legislation going through Harrisburg right now to get the door open to see more of these when you’re out on the roads. Senate Bill 965 and House Bill 2398 would make it easier for autonomous driving in the state.

Currently, if there is a platoon of trucks, each one must have a driver, whether the truck is functioning autonomously or not. These bills would allow for the non-lead truck to be autonomous.

“So we’re very optimistic that we’re going to get this bill moving forward and passed this summer and passed by the governor this summer,” Locomation Vice President Finch Fulton said.

This would be advantageous for Locomation because their two truck system would allow for the one driver to drive the lead truck and the other two to rest and then switch up after so many hours.

“So we would be able to use the trucks twice as much in a days’ time, so up to 22 hours,” said driver D.J. Hoff

The lead truck would have a driver and serve as a guide for the second truck. With sensors and other technology, the trucks would communicate with each other. The autonomous truck would follow all the moves of the truck in front of it. Cameras on the front, back and sides allow for it to see other vehicles.

“The entire convoy can navigate complicated situations like work zones, accident scenes and interact with law enforcement and emergency vehicles just like they do today,” Locomation CEO and co-founder Cetin Mericili said.

The company currently employs 100 people in the area and hopes to grow its operation with the constantly growing tech sector. They have three trucking companies ready to go for their autonomous trucks, one of which is PGT Trucking based in Aliquippa.

“There’s only so much we can fit in this beautiful building so we will definitely look to expand our footprint in the coming years,” Mericili said.

The passage of this bill would allow for more testing of the trucks and roads for them to drive on.

Currently they only drive on I-576 in the right-hand lane. Until more trucks are on the road, the company continues testing its trucks to make sure they can operate as safely as possible.

“When we say that sentence and backed by the evidence, we will be ready to go,” Mericili said.

The two bills are sitting in committees in Harrisburg.