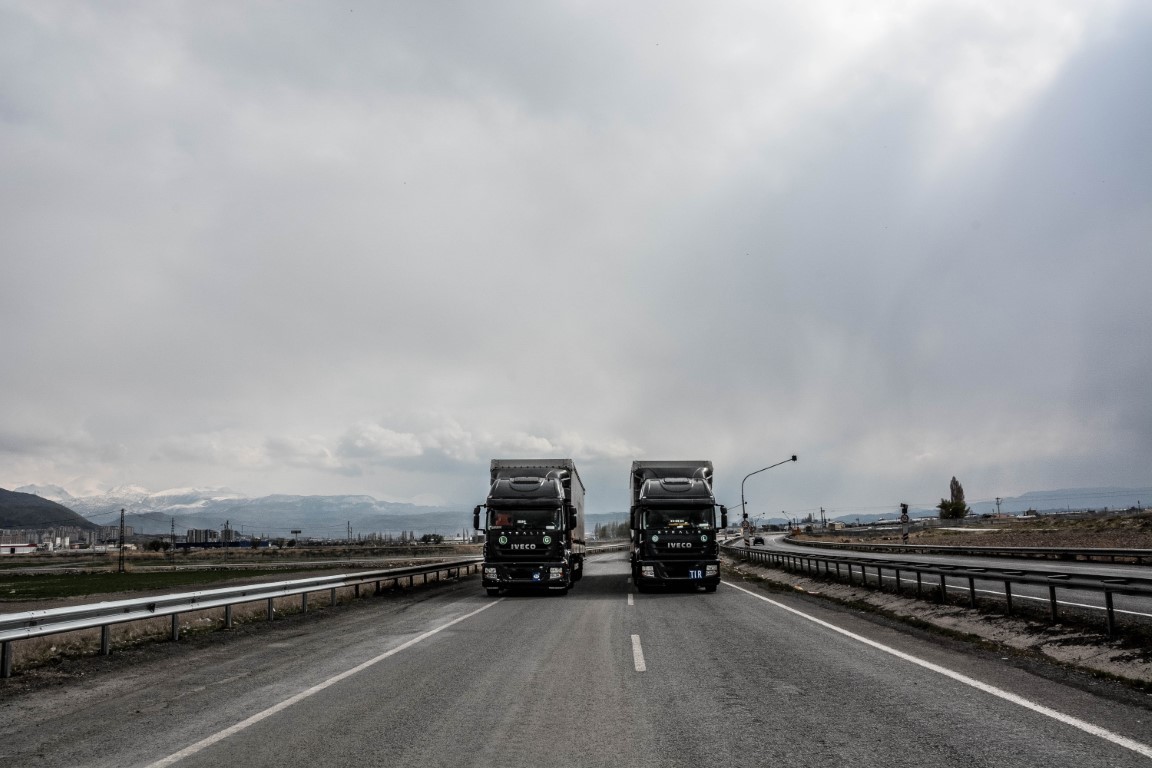 Those crashes have raised questions about the extent to which autonomous vehicles will truly increase equity, transportation access, and environmental outcomes, according to a May 18 statement from the the International Brotherhood of Teamsters and the Transportation Trades Department, AFL-CIO (TTD).

Driverless technology has seen on American roads mostly in the form of passenger vehicles so far, although several companies are increasingly testing applications for large trucks as well. Technology companies like Embark, TuSimple, and Plus partner with automakers to embed their autonomous systems in tractor-trailer trucks, and are already running tests hauling freight on highways.

Battery powered trucks from makers like Tesla and Nikola will also offer varying degrees of autonomy such as advanced driver-assist systems in their products, although those platforms highlight the point that autonomous driving is not a homogenous technology. Rather, agencies like the National Highway Traffic Safety Administration (NHTSA) distinguish between six different levels of self-driving vehicles, ranging from Level 0 for fully driver-controlled cars to Level 5 for vehicles that may lack steering wheels and gas and brake pedals.

In response to that range of capabilities and track records, the labor groups are petitioning Congress to create a stronger legislative framework for the testing, deployment, and regulation of autonomous vehicles (AVs).

“Proponents of AVs are quick to champion their potential benefits, and even quicker to ignore fundamental harms these new technologies could inflict on our communities if we aren’t careful,” TTD President Greg Regan said in a release. “The policies promoting safety, equity, and economic justice that transportation labor unions have outlined today must act as the cornerstone of any AV legislation Congress considers.”

The groups are also wary of the effect of autonomous trucks on the supply of drivers’ jobs, citing some reports estimating that as many as 3 million workers could have their jobs “replaced or fundamentally altered by” automation.

“The TWU’s guiding principle for implementing new technology is ‘Workers First.’ Implementing new technology can be a win across the board, but only when workers are proactively protected. Before they rush to promote unsafe and unproven technologies, lawmakers in Washington, D.C. must prioritize a just transition for the workers who will actually be affected,” John Samuelsen, International President of the Transport Workers Union, said in the same release.

Accordingly, the groups are asking Congress to apply five policies in a legislative framework, including:
• prioritizing safety by abiding by the framework developed in the Joint AV Tenets introduced by Advocates for Highway and Auto Safety,
• defining the scope of AV technologies, including a requirement for vehicles under 10,000 pounds to have a human driver or operator, and including the regulation of delivery bots,
• creating a robust workforce training and job-loss mitigation plan,
• ensuring consumer rights, equity, and accessibility are key components of any framework, and
• ensure that the development and use of AVs will lead to good, middle-class U.S. manufacturing jobs.