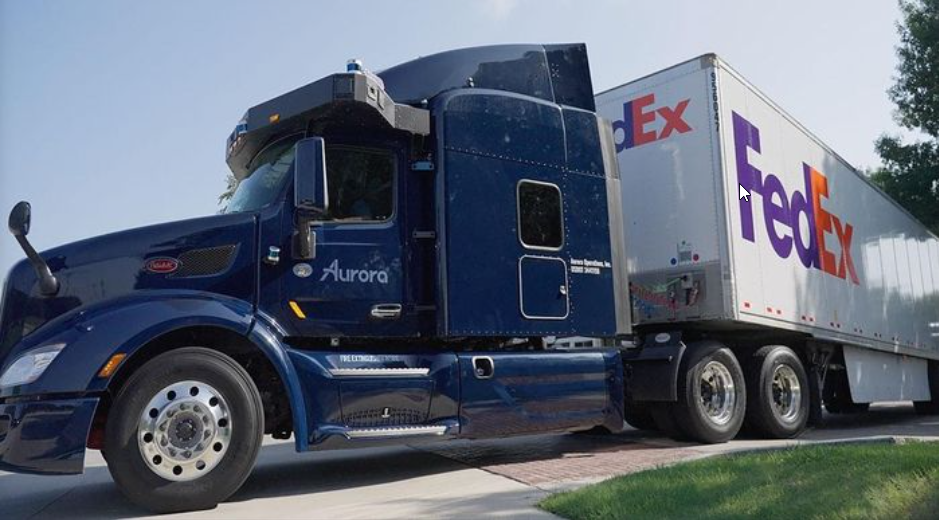 Fully autonomous trucks — with safety drivers, for now — to shuttle between Dallas and Houston

FedEx Corp. and self-driving vehicle startup Aurora Innovation Inc. are launching a pilot program for autonomous-truck shipments between Dallas and Houston, with the companies announcing Wednesday what they called a first-of-its-kind partnership involving the two companies and a truck maker.

“This is an exciting, industry-first collaboration that will work toward enhancing the logistics industry through safer, more efficient transportation of goods,” said Rebecca Yeung, vice president of advanced technology and innovation at FedEx FDX, -9.12%, in a news release.

The initial fleet will involve a “modest” number of autonomous trucks and use backup drivers for safety at first, an Aurora spokeswoman said. The trucks will make the nearly 500-mile round-trip along the I-45 corridor multiple times a week, according to FedEx.

“At the end of 2023, we will launch our trucking business and haul loads autonomously between terminals without a safety driver,” Aurora said. The original-equipment manufacturing partner for this pilot is truck maker PACCAR Inc. PCAR, +0.57%

It’s just the latest partnership by San Francisco-based Aurora on its road to commercializing its self-driving technology — and going public.

The company this year has said it is working with Toyota Motor TM, -0.17% North America and parts supplier Denso Corp. 6902, -1.72% on bringing self-driving vehicles to the masses and ride-hailing; unveiled a Toyota Sienna minivan prototype for that effort with Uber Technologies Inc. UBER, +1.15% ; and is teaming up with Volvo VOLV.B, +3.99% on autonomous trucks.

Last year, Uber transferred its self-driving business Advanced Technologies Group to Aurora in a deal that involved a $400 million investment by the ride-hailing giant into the startup.

Aurora is scheduled to go public this year in a merger with special-purpose acquisition company Reinvent Technology Partners Y RTPY, -0.10%.