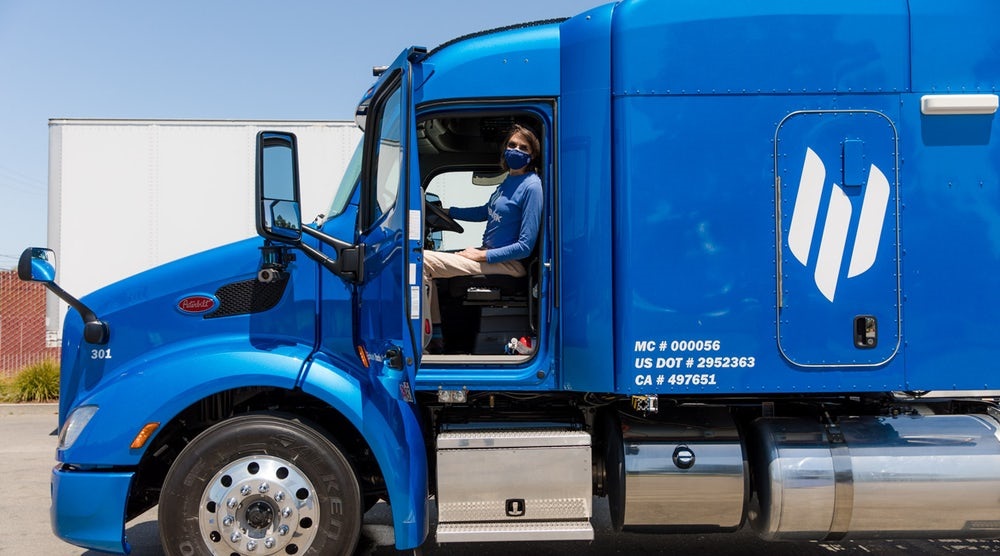 By the end of the year, Knight-Swift Transportation will become the first U.S. fleet to own and maintain tractors equipped with Embark Trucks’ autonomous driving technology, the trucking technology company announced this week.

Embark’s Truck Transfer Program is part of the transportation technology company’s developmental plan for fleets to purchase its self-driving equipment. Knight-Swift (the fourth largest for-hire carrier, according to the FleetOwner 500) will be the first carrier to be part of the program, which aims to test autonomous vehicle configurations as Embark develops the commercialization of its technology.

See also: As excitement of self-driving trucks grows, fleets will soon have products to choose from

The program will involve drivers operating inside the cabs. Embark will use Knight-Swift driver feedback on the self-driving technology performance to help it define how its AV system could improve driver jobs. Embark also wants Knight-Swift’s help to develop procedures and tools for fleets to maintain, inspect, dispatch, and remotely monitor Embark-equipped trucks.

Embark and other autonomous trucking developers have operated a testing model where the AV companies own, maintain, and dispatch autonomous trucks, placing their drivers behind the wheel during hauls for shipper and carrier partners. Embark reported that this model has generated insights into real-world technology performance and how best to integrate autonomous trucks within existing supply chain operations.

According to an Embark news release, the Truck Transfer Program aims to unlock the next level of development necessary for commercialization. The AV company said that Knight-Swift would be the first U.S. carrier to own an autonomous truck, maintain and deploy the truck, and place their drivers behind the wheel.

Knight-Swift and Embark are already preparing the truck technology and carrier process flows necessary to launch the new program. Embark plans to equip a set of Knight-Swift trucks from the carrier’s 2022 OEM deliveries with the Embark Universal Interface. They are also developing workflows to account for truck maintenance, dispatching, and IT integration points. The first Embark-equipped trucks are scheduled to be delivered to Knight-Swift by the end of 2022.

The Truck Transfer Program builds on deep collaboration between Embark and Knight-Swift, including detailed network assessments, tech analyses and evaluations, planning for truck supply, and discussions of driver pain points. Joint work so far has enabled Embark and Knight-Swift to develop a shared vision that will be refined and tested through the Truck Transfer Program.

The program will help Knight-Swift determine how best to utilize its limited driver workforce to address the growing demands of the national supply chain, such as when to have drivers haul loads alongside autonomous capacity, when to have drivers team-drive with the Embark Driver, or under what circumstances to have drivers move local hauls to fulfill the last mile.

Embark hopes the program will help define the proper blend of models to apply across freight networks over time.