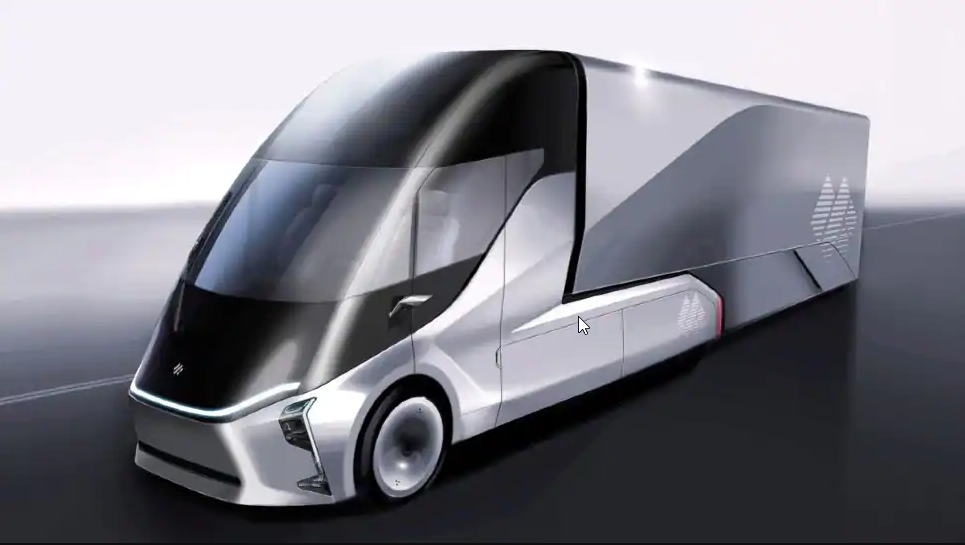 Pininfarina, the Italian design company owned by Mahindra, has developed an electric semi-truck with a self-driving system. The DeepWay Xingtu semi-truck concept was designed by Pininfarina Shanghai, the company’s Chinese studio.

In addition, Pininfarina claims that the semi-truck can detect objects at a distance of one kilometre or more using a wide range of sensors. The semi-truck was designed by Pininfarina in collaboration with Deepway, a subsidiary of Baidu.

A 45-kWh battery pack powers the Pininfarina semi-truck, allowing it to travel up to 300 kilometers on a single charge and carry 49 tons of cargo. A low drag co-efficiency of 0.35 also accounts for the range.

With a quick-swap solution that can replace a battery pack in just six minutes, Pininfarina claims that recharging the massive battery won’t be an issue. There is no information on whether or not this pure electric, autonomous semi-truck is going to enter production.

Besides just cars, the Mahindra-owned design firm is shifting its focus to other segments in the automotive industry. This is evident in the semi-truck.

Recently, Pininfarina revealed a futuristic tractor design named Straddle which was specifically designed for use in vineyards.