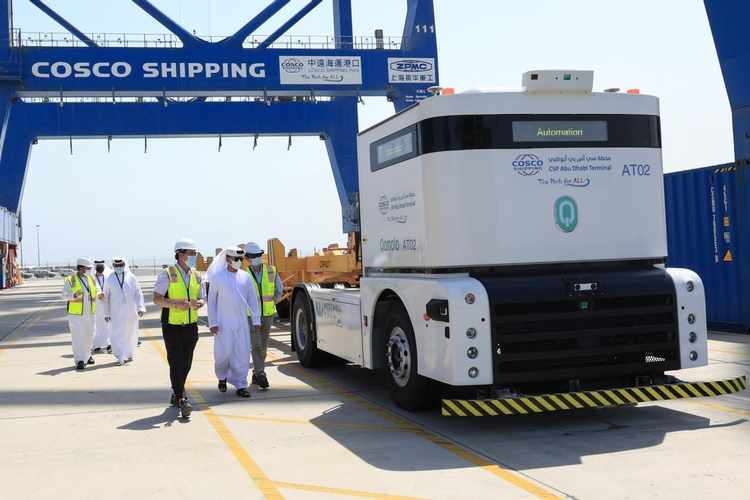 ADP said in a press statement that following a two-month trial period, a total of six electric Q-Trucks will be commissioned by CSP Abu Dhabi Terminal and tasked with supporting mother vessel loading and unloading activities within the facility’s container yard.

The statement said the L5 Autonomous Freight Trucks, produced by Qomolo, a sub-brand of ShangHai Westwell-Lab Technology Company, are equipped with an advanced 360-degree sensory system with traffic monitoring and driving guidance system which enables operators to direct vehicles’ navigation and transportation of general and reefer containers with ease.

The electric Q-Trucks, according to the statement, are powered by a 281 kWh battery, carry a maximum load of 80 tonnes with an operating range of 200km, and are capable of operating for up to 44 hours continuously. Furthermore, a Fleet Management System will oversee the daily activities utilising Q-Trucks.

Integrated as part of the operational control tower, the platform provides real-time monitoring and workflow management processes, while simultaneously connecting to multiple systems within the terminal enabling whole terminal running.