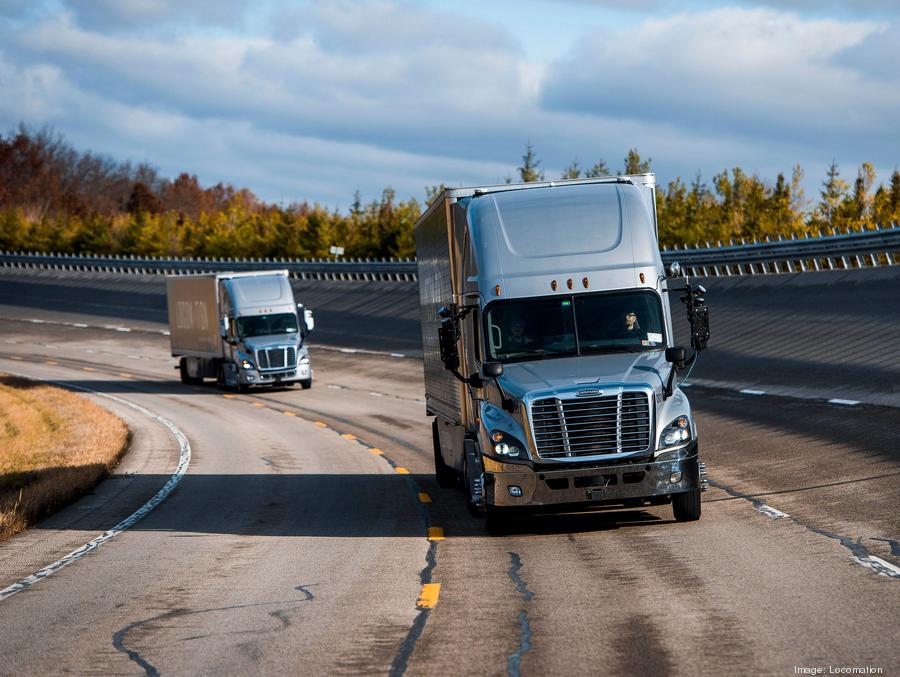 A new report from Boundless Impact Research & Analytics Inc. has found that Pittsburgh-based autonomous trucking company Locomation Inc. is able to “dramatically reduce” pollutants in the trucking industry due to the advances offered in its Autonomous Relay Convoy technology.

With ARC, Locomation is able to have two trucks electronically tethered in a convoy that is led by a human driver in the first truck while a second driver rests in the follower truck that operates autonomously behind the first. The trucks periodically swap places to allow the drivers to take turns sleeping which also allows for the operating time of the two trucks to reach between 20-22 hours per day.

The report concluded that due to these advantages, Locomation’s technology is an improvement to traditional Class 8 trucks and is able to reduce the greenhouse gas footprint of freight transportation by 22%; lower photochemical ozone formation by 22%, decrease fuel consumption by 21% and cut operating costs by 19%. Many of these benefits are due to the ARC system’s ability to reduce truck idling by up to 90% and increase fuel efficiency by 8% on average, Locomation said.

“Our environmental impact assessment of Locomation’s technology provided a science-based and independent critique and comparison of the environmental benefits of several trucking technologies,” Boundless Director of Research Bret Strogen said in a prepared statement. “Locomation’s autonomous trucking system would offer a significant environmental improvement over other common fuel reduction technologies such as Cooperative Adaptive Cruise Control and Idle Reduction Technology.”

Cetin Mericli, Locomation’s CEO and co-founder, expressed optimism about the report’s findings and encouraged others working in the autonomous vehicle space to have similar, independent reports conducted on claims of environmental benefits.

“This report confirms that Locomation’s ARC system means dramatic efficiency gains, saving fuel and eliminating idling and empty miles, and can help carriers and shippers dramatically reduce their Scope 1 and Scope 3 Greenhouse Gas emissions.” Mericli said in a prepared statement. “We are proud to be the first company to verify its green claims with an independent, third-party, science-based review, and we invite anyone making claims around environmental impact or fuel consumption to do the same.”

Locomation anticipates launching its ARC system commercially in late 2022, first with Wilson Logistics then followed a bit later with PGT Trucking in 2023.