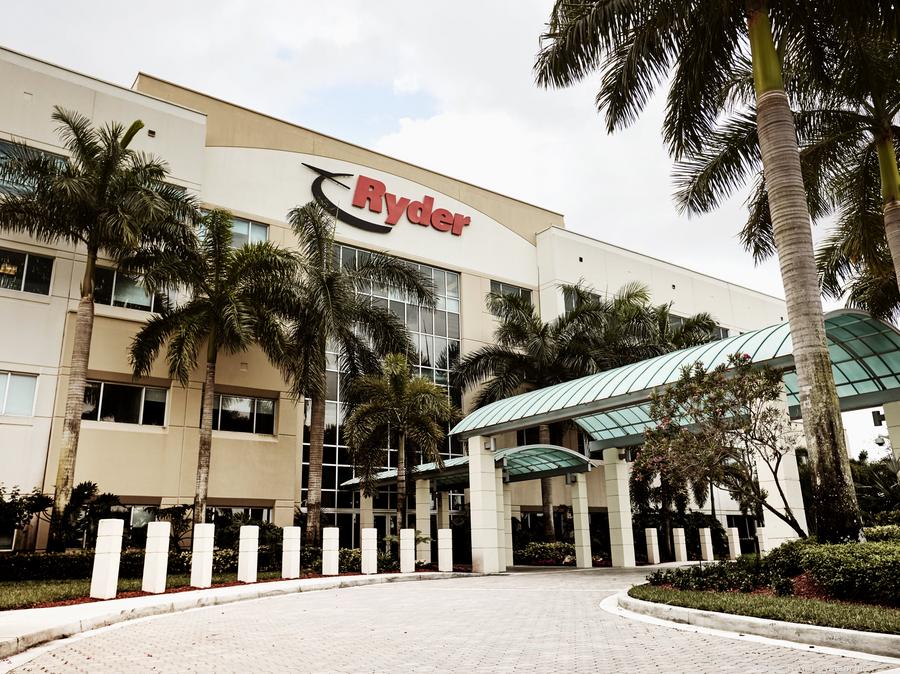 Ryder System and the world-renowned researchers in transportation and mobility at the H. Milton Stewart School of Industrial and Systems Engineering (ISyE) at Georgia Tech are set to produce the industry’s first data-driven study on the impact of autonomous trucking. The groups sought to understand how to approach autonomy and the potential return on investment and the end result, they believe, is a roadmap to commercialization based on real-world data and a significant cost-savings.

“I’ve worked on a lot of different transportation problems in the past, and if you have 1% improvement that’s magic,” says Pascal Van Hentenryck, A. Russell Chandler III Chair and professor and associate chair for innovation and entrepreneurship at ISyE. “Here we’re talking about 29-40%, so it’s massive. It’s really massive.”

Already familiar with ISyE through the Ryder Charitable Foundation’s support of research and scholarships at the university, Ryder approached Van Hentenryck, who leads the Socially Aware Mobility Lab. The challenge was for Van Hentenryck and his team of students and post-doctoral researchers to apply their multimodal approach for public transportation to autonomous freight transportation.

Analyzing real-world data from Ryder’s dedicated transportation network in the Southeast, Van Hentenryck and his team developed an Autonomous Transfer Hub Network (ATHN) for the region that combines autonomous trucks on highways with conventional trucking operations for the first and final miles. The team then introduced optimization models for routing and dispatching and evaluated the proposed autonomous network by comparing it with existing operations under various assumptions. The analyses indicate the ATHN – combined with optimization technology – can reduce costs by 29% to 40% for a large network (depending on the price of autonomous trucks as well as the direct and indirect cost of operating them).

“The team looked at our dedicated transportation network, where trucks and drivers are committed to specific customers. While that particular transportation model guarantees capacity 24/7, it also creates situations where our customers’ trucks haul empty trailers,” said Karen Jones, chief marketing officer and head of new product innovation for Ryder.

The researchers’ ATHN and optimization models significantly reduced the number of miles driven with empty trailers, which accounts for a large part of the cost reduction.

“In the transfer hub network, there is no need to return back empty after a delivery, and there is no need to limit working hours or to return to a domicile at the end of the day,” said Van Hentenryck. “As a result, only 35% of the automated distance is driven empty, compared to 50%. This means that even if autonomous trucks would be as expensive as trucks with drivers, costs would still go down by 10%.”

“In addition to the significant projected cost savings, I think this study is particularly notable because it is based on real-world data and addresses real industry challenges,” said Jones. “It’s clear that, in order to realize the full benefit of autonomous trucking, shippers, receivers and 3PLs will need to evolve today’s operating practices to meet the needs of tomorrow’s robotic trucks.”

The study with ISyE underscores the importance of several pilot projects that Ryder has announced with autonomous trucking companies Embark, Gatik, TuSimple, and Waymo.

“Our goal with these strategic alliances and our collaboration with ISyE is to help accelerate autonomous trucking nationwide. If you think about ever-escalating consumer demands combined with capacity constraints, driver shortages, and regulatory and safety pressures, autonomous technology is on track to solve a host of industry disruptions,” Jones said. “I think the work of Pascal and his team shows that we’re on the right track, and to have that kind of validation from world-class researchers at the top school for industrial and systems engineering — that’s priceless.”