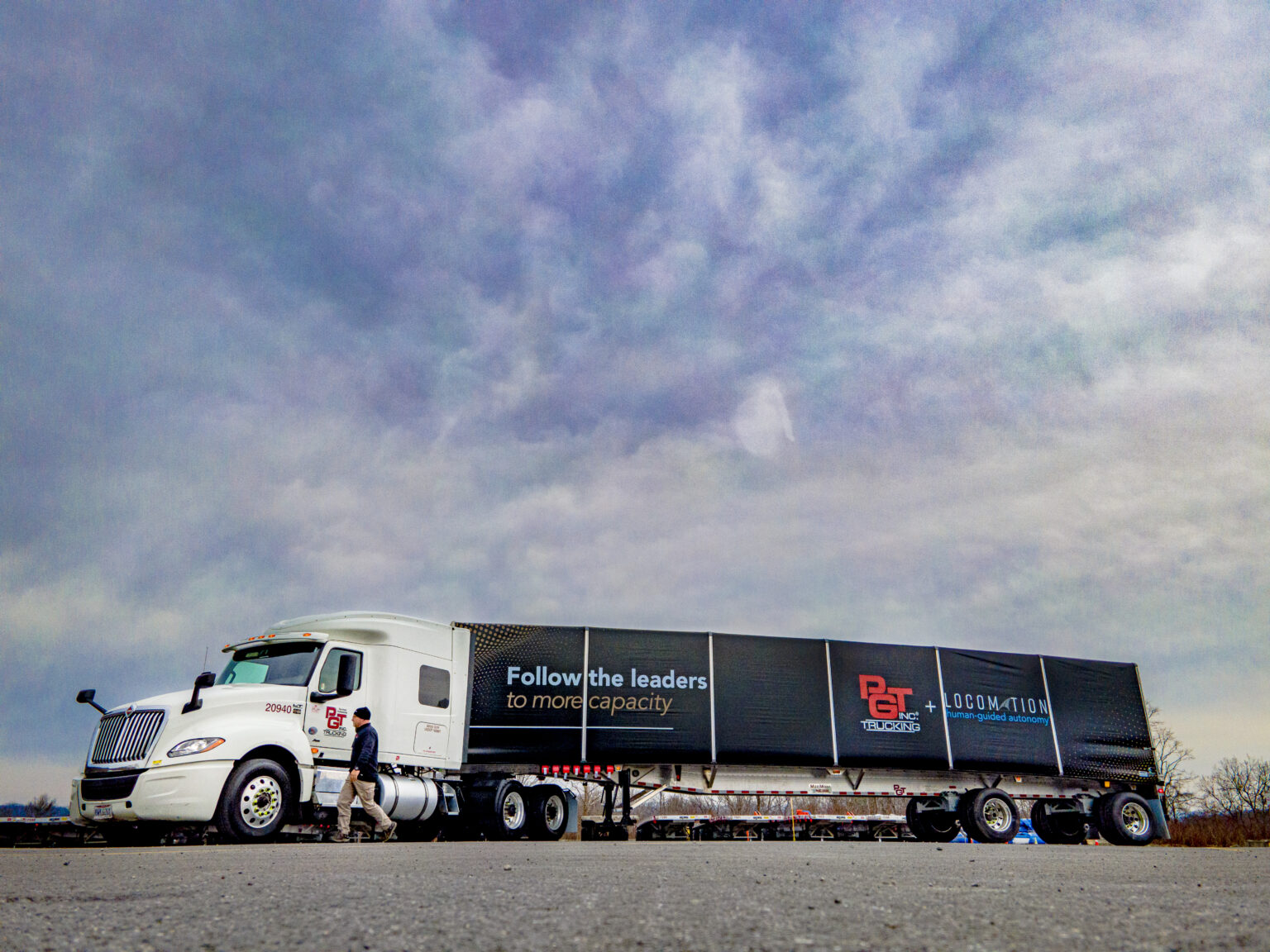 Once characterized as “backward” and “resistant,” the logistics industry has taken strides to shed its luddicious reputation over the last several years. Companies across the industry are working together to shape the future of logistics, with a strong emphasis on sustainability and innovation.

Autonomous trucks have garnered a significant amount of attention during this transition thanks to their impressive environmental benefits and inherent ability to solve a variety of industry ills. While technological efforts to get these vehicles on the road have progressed quickly, regulations surrounding their use have been slower to follow.

“Sometimes it is hard for regulators to know what to regulate if they don’t know how the technology works, and it is difficult to create technology around regulations that don’t exist,” said PGT Trucking Manager of Applied Technology Seth Stayer. “The mistakes that occur – like accidents – tend to dictate regulations.”

Autonomous trucks have garnered both regulatory and infrastructure support at the state level. This is especially true in Texas, a state known for its autonomous-friendly policies. The federal government is only just beginning to take a strong interest in autonomous vehicles, and their sights are mainly set on passenger vehicles for the time being. Still, federal organizations – including FMCSA – see the writing on the wall and have shown a willingness to engage with an autonomous future.

“We’re trying to anticipate new business models, where there could be instances with emerging business strategies where you have truck drivers and automated trucking systems perhaps performing as a team, where they switch back and forth,” according to Jeff Loftus, who heads the technology division in the Federal Motor Carrier Safety Administration’s Office of Analysis, Research and Technology.

“We’re trying to understand the technology aspects of that and anticipating the potential of getting requests for exemptions in our regulations in the future, such that the vehicle may perform some of the driving task, the human will perform others, and what changes do we have to make to our hours-of-service regulations, as an example,” Loftus said.

Regulators’ quest for understanding should be heartening to both technology providers and companies across the supply chain that are hoping to become early adopters of autonomous trucking technology.

Stayer emphasized the importance of being proactive when engaging with regulators. Almost everyone in the space has a shared set of goals – including increasing capacity and getting safer trucks on the road. Demonstrating a solid commitment to these goals during the development, testing and deployment of autonomous vehicles creates an environment that allows regulators and industry players to work together.

“PGT has always been proactive when it comes to safety measures. If more carriers did that, regulators would naturally recognize them as good companies to mimic and follow suit,” Stayer said.

In order to demonstrate their commitment to the future of trucking technology, PGT has been a champion and early adopter of both electric trucks and autonomous deployment. Late last year, the company signed a letter of intent to lease 100 Nikola FCEV (fuel-cell electric vehicle) trucks, with delivery slated to begin in 2023.

On the autonomous side, PGT has established a close partnership with industry standout Locomation, which has made waves with its human-led Autonomous Relay Convoy (ARC) system. PGT signed an eight-year agreement with Locomation, committing to deploying 1,000 ARC systems over 30 different segments.

This early investment in up-and-coming spaces – coupled with a demonstrated willingness to actively engage with new technologies – sets PGT apart from its peers.

“We have an innovation committee set up that includes people from various departments, and our goal is to work closely with our technology partners,” Stayer said. “We are not fully relying on our partners to come to us. We all have to do our part to push the technology forward.”

Just working well with regulators and partners is not enough, however. It is also important for companies in the autonomous space to play nice with each other when it comes to safety technology. While everyone wants to win a competitive advantage, failing to share safety discoveries risks putting the entire industry back to square one.

“I think there is going to be a big change coming, and I’m excited for it. I hope safety is not a competitive factor. It is worthwhile to openly share safety information and strategy that could be helpful in making sure no one makes a mistake that sets the whole industry back. We shouldn’t compete on safety. We should compete on rates, capacity and cool technology.”