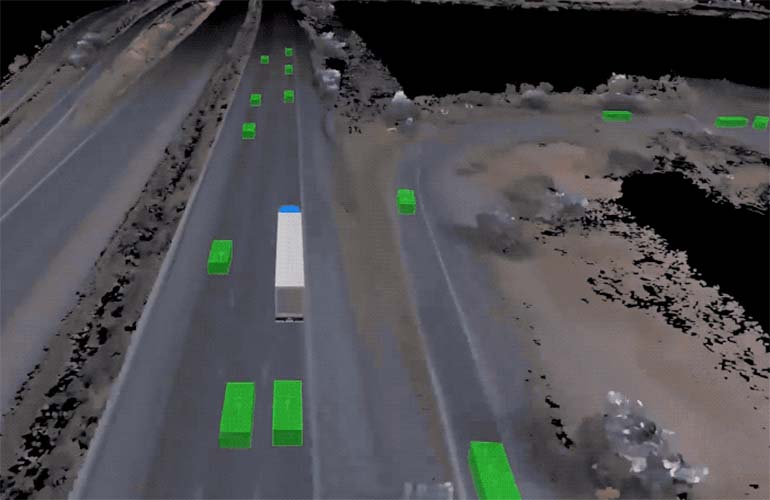 In a recent blog post, Waymo has taken the wraps off of the simulation software that it developed to help train the Waymo Driver Artificial Intelligence (AI). The software environment, called SimulationCity, is an internally developed environment that provides enough detail and fidelity that it doubles as a test environment for Waymo Driver perception and decision making.

According the company, SimulationCity is “enabled by the more than 20 million autonomous miles the Waymo Driver has collected on public roads, third-party data such as NHTSA Crash Data Systems and Naturalistic Driving Study Data, Waymo’s unique access to Alphabet’s state-of-art technical infrastructure, and the culmination of advancements in sensor simulation and machine learning techniques in areas such as intelligent agents, object trajectory generation, and high-quality automated data labeling.” The goal of any simulation tool is to test code and/or train AI-based algorithms. While the principles behind simulation started with video games, the concepts, tools, rendering and compute infrastructures that have grown up alongside the gaming world are now being employed for very real world problems. These environments need to have sufficient details such that sensors can leverage the simulated physics of the virtual world to enable the testing of the actual algorithms that will be used to control a real vehicle, in the real world.

The primary objective is to evaluate the performance of software and to also provide reinforcement training situations for the machine learning models. Simulation shortens the timelines while providing a massively accelerated testing period.

In addition to intra-city routes, Waymo has also generated simulated worlds and test environments for long-hauling trucking applications. According the blog, simulated worlds can be setup to test how Waymo Driver reacts to aggressive drivers as well as adverse environmental and lighting conditions (dusk or dawn).

To experience what it’s like to ride in a Waymo driven taxi, be sure to listen to the recent The Robot Report Podcast episode where Steve and Mike interview a passenger who experienced a real-world glitch in Waymo’s reaction to road construction. Waymo is working overtime to ensure that real-world, paying passengers have a positive experience, while they continue to perfect the system.

Waymo is well along the path to autonomy in autonomous vehicles, even if there is still a long road ahead to true Level 5 autonomy. Simulation is one of the keys to safely accelerating this journey. In the recent Waymo SimulationCity blog article, the company gives us a peak under the hood at the tools that they are using to improve their software and AI quality.

Waymo will continue to leverage the ongoing advancements in the underlying AI-processing and compute advancements. It is to be expected that every other autonomous driving company will also employ simulation to model, test and validate their software and control algorithms.