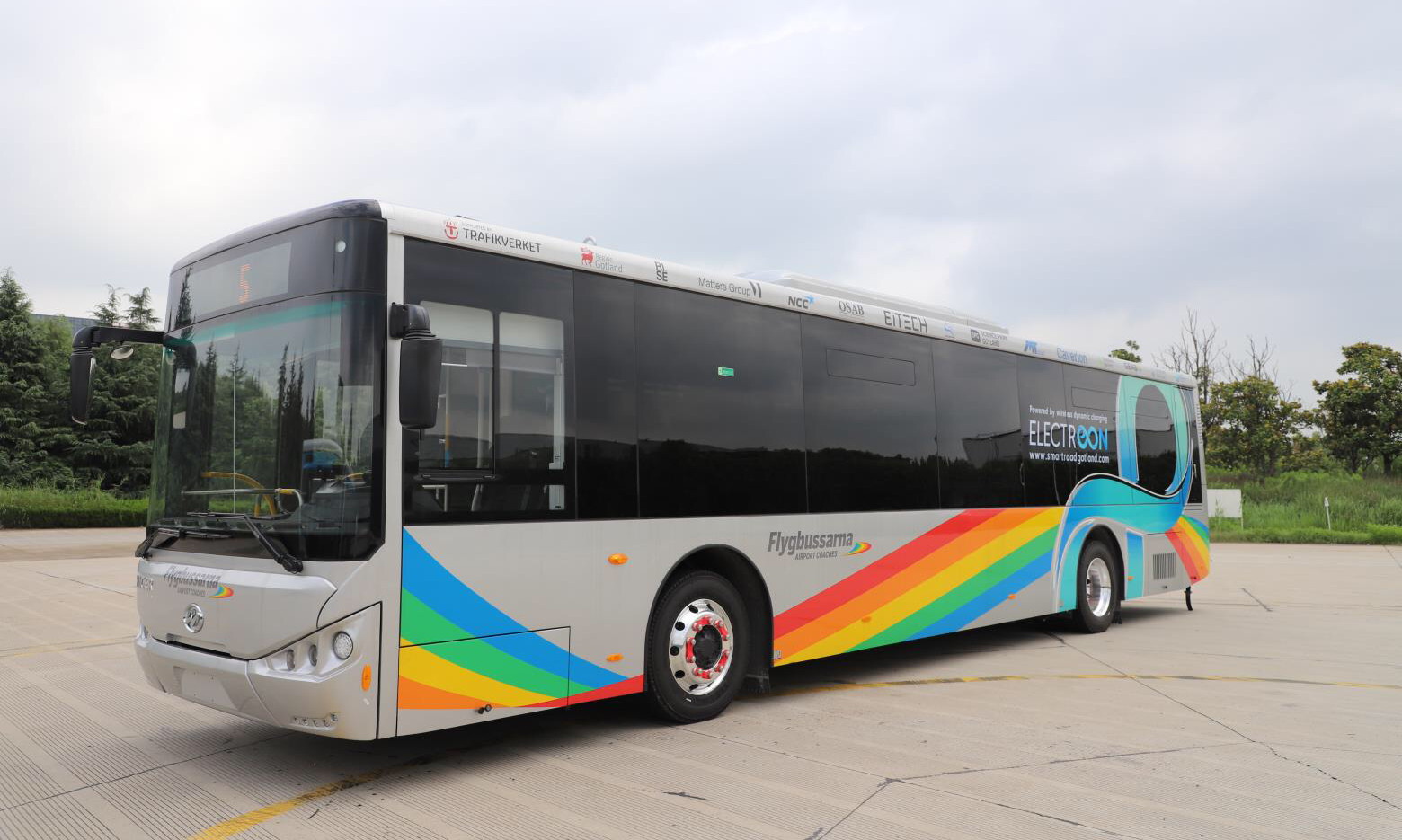 fter the 80-ton electric truck that was tested on 0.9 miles (1.4 km) of the ElectReon electrified roadway, a fully-electric bus was successfully launched as part of the groundbreaking SmartRoad Gotland Project.

Several countries are promoting a carbon-neutral future by supporting electric vehicles, but Sweden, which is always one step ahead when it comes to innovations, is taking things even further, by introducing electric highways. It plans to have 1,240 miles (2,000 km) of electric highways by 2030, and become emissions-free by 2045.

To achieve these goals, the Swedish Transport Administration is funding four electric road demonstration projects implemented by several partners, in Italy, Germany, Sweden, and Israel. ElectrReon plays a leading part, as the provider of the in-road wireless EV charging technology.

SmartRoad Gotland is the world’s first wireless electric inter-city road system, designed to be tested by an electric heavy-duty truck and an electric bus. The project’s electric road is 0,9-mile (1.4 km) long, located on the route between the airport and the center of Visby, on Gotland island, in Sweden.

The first stretch of this revolutionary infrastructure was implemented in November 2019 and the project kicked off by the end of 2020. The heavy-duty electric truck was the first one to test the innovative road. It received an average of 70 kW from the electrified road while driving at a speed of almost 50 mph (80 kph). On October 19, it was time for the electric bus to begin its testing period.

ElectReon’s proprietary inductive technology can charge EVs while in motion, fast and without any risks. The system consists of under-road units, which are copper coils under the asphalt, the management unit that sends the energy from the energy grid to the road infrastructure, while also communicating with the incoming EVS and the vehicle itself, which is equipped with receivers that send the energy directly to the motor and battery. All of the units and registered vehicles within the system are managed by a central control unit that operates via cloud.

The Gotland demonstration project will continue until the spring of 2022, when Sweden intends to begin implementing commercial, large-scale electric roads throughout the country.