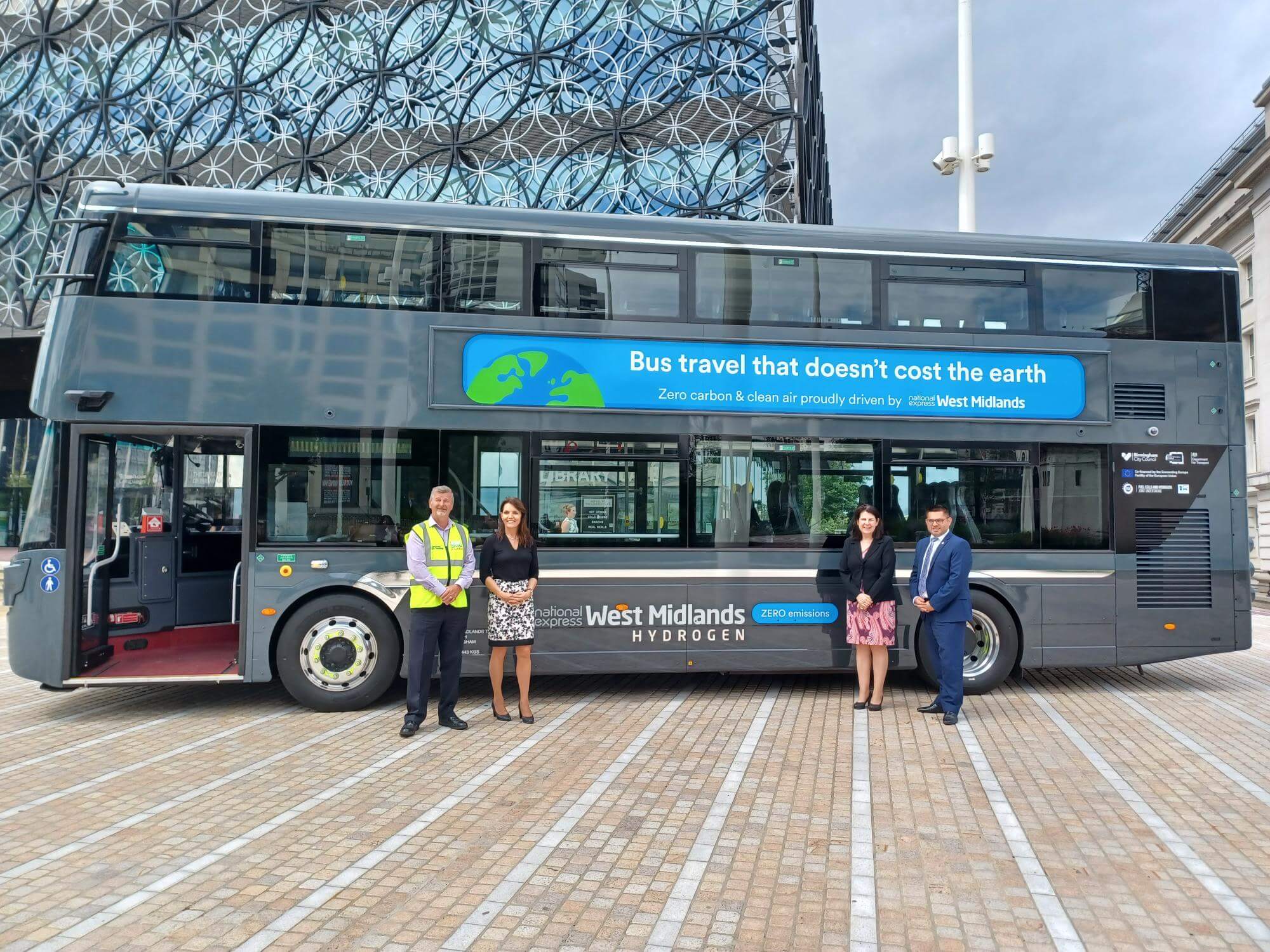 Birmingham City Council has unveiled the first of its 20 new hydrogen buses that are expected to be in operation later this year.

The new buses have been purchased as part of the Council’s Clean Air Hydrogen Bus Pilot which is looking to kickstart the hydrogen market as a viable zero-emission fuel.

This could make hydrogen key to the city’s net zero carbon target and support the UK in its decarbonising ambitions in general.

The buses, being developed by Wrightbus, are the world’s first zero-emission hydrogen fuel cell double decker’s, according to the Council, and will be operated in Birmingham by the National Express.

These buses will be supported through a collaboration with ITM Power who will look to produce and dispense hydrogen fuel from a new re-fuelling hub at Tyseley Energy Park.

Hydrogen buses consume four times less fuel in comparison to standard diesel buses, covering 300 miles on a single tank and with the ability to refuel within seven to 10 minutes.

In addition to this, each bus is expected to save up to 79.3 tonnes of carbon dioxide per annum.

“The delivery of the first bus is great news for our city and the rest of the region. It means that we can now work with our partners at National Express to start testing the buses, training drivers and adding livery design before rolling the buses out for the public in Autumn this year.

“This is a significant step towards our net zero carbon target and will provide Birmingham with a leading role in informing debate on supportive policies for zero emission public transport at a local and national level.”