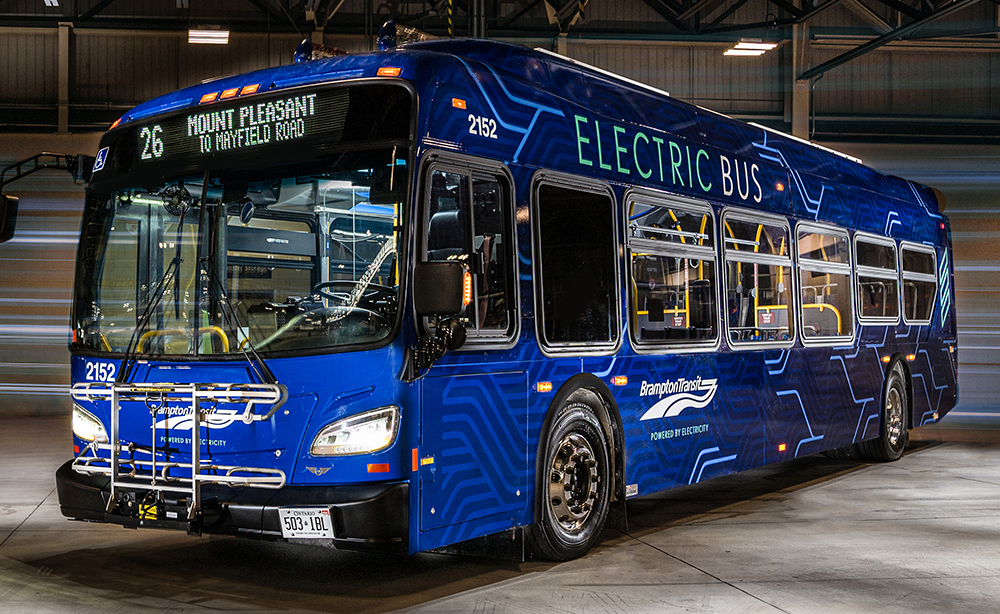 Brampton Transit has been recognized for its commitment to reducing fossil fuel consumption and switching to more sustainable power sources in relation to a trial introduced this summer involving the implementation of electric vehicles.

During the trial, Brampton Transit introduced BEBs to its fleet, two from Nova Bus and six from New Flyer.

These BEBs will achieve near-zero emissions in their lifecycle—each bus can charge completely in less than 10 minutes, and saves an estimated 235 tonnes of greenhouse gases per bus, per year.

Environmental Sustainability Awards are given out to transit systems whose activities or projects achieved a positive impact on current environmental issues and challenges facing the transit industry, which can include entirely new concepts, processes, or the redevelopment of existing equipment that result in protection of scarce resources, cost saving or measurable environmental benefits, in alignment with CUTA’s Transit Vision 2040.

“The global-first Pan-Canadian Battery Electric Bus Demonstration and Integration Trial in Brampton is a milestone in environmental sustainability. We have collaborated our partners to further enhance our city’s transit network with great environmental benefits,” Mayor Patrick Brown said in a news release.