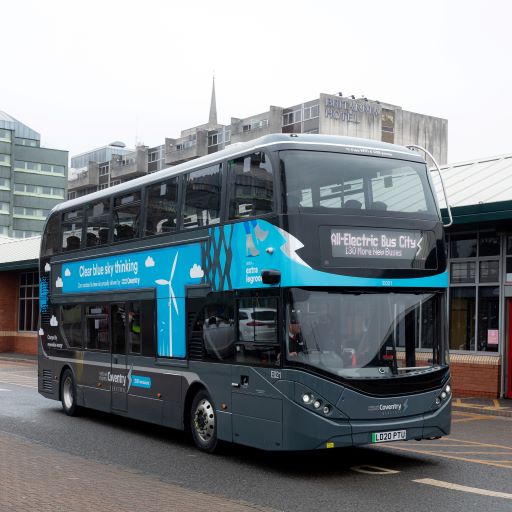 The buses will help to make Coventry the UK’s first all-electric bus city.

The ADL Enviro400EV buses will enter service in Coventry from early 2023 as a part of the city’s successful bid to become the country’s first ‘all electric bus city’ and take it a step closer to replacing around 300 diesel vehicles by 2025.

Zenobe will be providing electric transportation as a service (ETaaS) to National Express, financing and managing delivery of new buses, on board battery replacement, charging and grid infrastructure, a second life battery system at the depot, unique software to optimise charging, parts, and full operational support.

ADL and Zenobe previously supplied National Express with charging infrastructure and batteries for 29 buses in Coventry and Birmingham in 2020.

The latest project will be financed partly through a partnership between Zenobe and National Express, with some investment also coming from a GBP50m grant from the Department of Transport, awarded to the West Midlands Combined Authority for Coventry’s EV bus city scheme.

Steven Meersman, director of Zenobe, said: “By retaining ownership of the vehicles…, we are giving National Express the use of an electric bus fleet without the hassle of owning one, making the transition to a zero-emission fleet more financially desirable.”