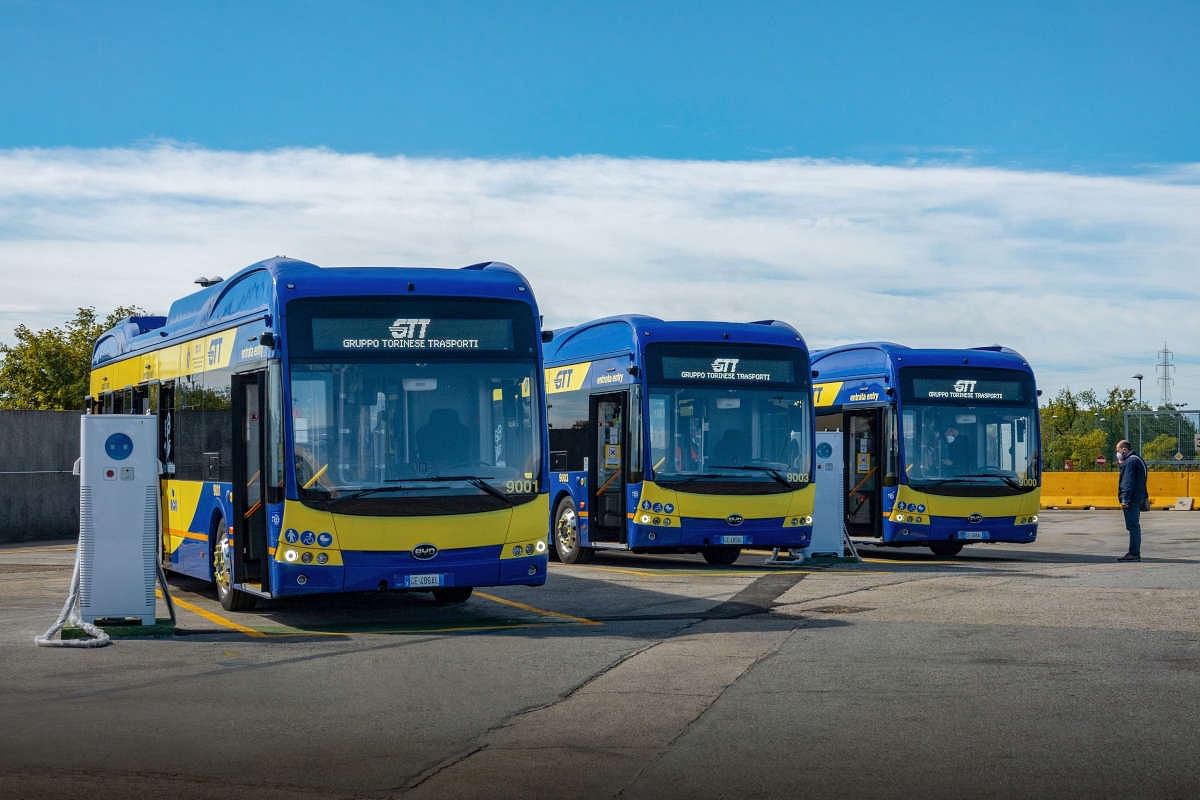 World leading electric bus manufacturer BYD has secured one of the largest orders for eBuses in Italy and the largest eBus order in Turin with confirmation of a further 50 of its best-selling 12-metre low-floor model for Public Transport Operator Gruppo Torinese Trasporti in the northern city of Turin. A framework agreement is also in place for the supply of an additional 50 BYD 12-metre models after the initial deliveries are completed and in operation. The first four eBuses were officially handed over on 16th May, at GTT’s Gerbido depot. These latest new additions will enter service initially on routes 58 and 71 in the city.

This latest major fleet order for BYD comes as a result of its close and long-established partnership with GTT since first supplying BYD eBuses for the city in 2017. The programmed delivery of 50 eBuses will be GTT’s third intake from BYD taking its total to 78 BYD vehicles. The latest fleet will feature three-door bodywork and the phased delivery of the remaining vehicles is scheduled for September.

Over 60 BYD eBuses are presently in operation throughout Italy, performing reliably on intensive routes in the cities of Turin, Novara, Alessandria, Milan, Padua and Messina, and other smaller towns. The BYD eBuses in Italy have to date combined to deliver over seven million electric kilometres, saving more than 7,000-tonnes of CO2 emissions from equivalent diesel-powered vehicles.

The majority of the vehicles will be built in the EU at BYD’s dedicated production facility in Komárom in neighbouring Hungary. Once again, despite COVID-19 restrictions, BYD has worked tirelessly in line with pre-agreed production and delivery schedules to meet the stringent requirements of Local Authority and PTO customers throughout Europe.