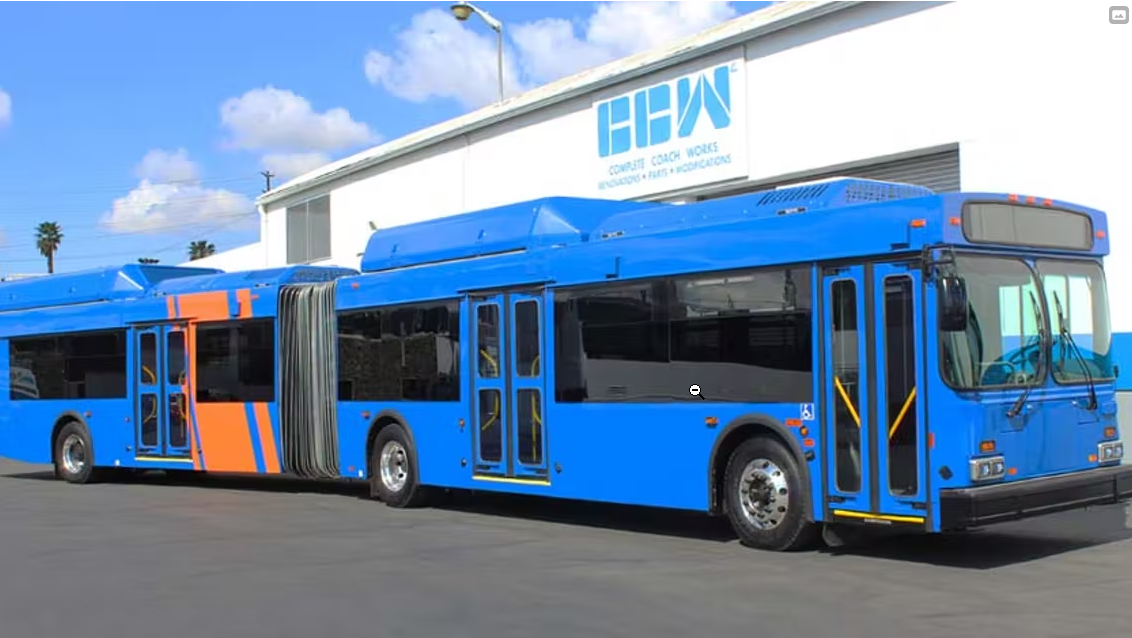 Complete Coach Works (CCW) says it has completed the country’s first conversion of a 60-foot articulated diesel-powered bus to battery electric for TriMet.

“We’ve worked with TriMet in the past converting three 40-foot low floor transit buses to battery-electric, but this was the first time facing a 60-foot articulated bus, which requires more energy storage than any previous conversion,” said Jim Paul, CCW’s regional sales manager. “We’ve proven ourselves again in this accomplishment and thank our partners on the project. The advanced CCW batteries combined with VEDS provides the bus with a significantly longer operating range while maintaining its battery life.”

“Our process significantly extends the bus’s service life while providing a much quieter and zero-emission ride for Portland commuters,” said Paul. “The teamwork between CCW, TriMet and Voith not only moves TriMet’s bar higher on achieving its green initiatives but paves the way for more agencies to adopt rehabbed electric buses as part of their fleets.”

TriMet has begun extensive testing and evaluation of this inaugural 60-foot model on a Portland metro express route where the bus is already proving its reliability, according to TriMet.

“TriMet is proud to partner with CCW in our quest to be the transit agency that leads the renewable energy drive, and Desert Rose has been a shining star — a Giant of a Rose. The performance numbers from this 60-foot articulated bus are unbelievable and we look forward to a continued partnership with CCW,” said Samuel Rumhizha, director bus maintenance, TriMet.