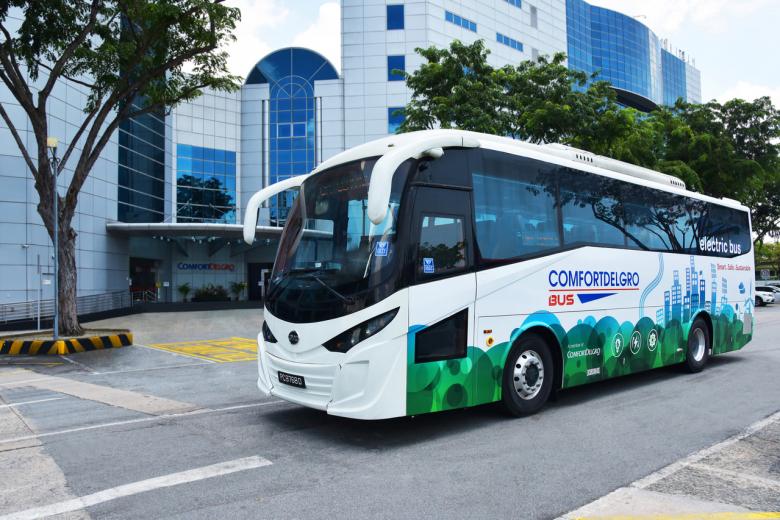 Valued at close to $20 million, the four-year contract follows a similar tender won in November last year with National University of Singapore (NUS) for the Kent Ridge campus.

Running from 7.30am to 11pm, they replace the diesel-powered vehicles provided by Tong Tar Transport Service which has been serving NTU since 2005.

Users will have, on an app, access to real-time information on bus location along the route, arrival time and passenger occupancy rate.

This is similar to the service at NUS, which will commence in the third quarter of the year and has around 30 buses serving eight shuttle routes.

Listed transport giant ComfortDelGro has been progressively electrifying its vehicle fleets in Singapore.

For its private buses, it has said that the entire fleet will be electric by 2030.

This is a decade ahead of the Government’s commitment to have only “cleaner energy” public buses by 2040.

According to the Land Transport Authority, “cleaner-energy” models include electric, hybrid and hydrogen fuel cell vehicles.

From 2030, it will no longer be possible to register any cars and taxis that do not fulfil this criteria. For diesel cars and taxis, the deadline is 2025.

For its taxi fleet in Singapore, the company is looking to have 1,000 fully electric cabs by 2023. This works out to about 10 per cent of the total fleet size.

ComfortDelGro is also plugging into charging infrastructure building.MORE ON THIS TOPICComfortDelGro clinches $30m contract to operate electric bus shuttle services in NUSUp to 400 ComfortDelGro e-taxis to be put on roads this year, in first for operator

The first batch of chargers will be located in three public housing estate carparks in Jurong West, as well as the Urban Redevelopment Authority Centre in Maxwell Road. These are due for completion by the third quarter of this year.

In November, the partnership expanded to develop and manage renewable solar energy solutions. The installation and operation of solar panels on three buildings operated by a ComfortDelGro subsidiary in Loyang, Pandan and Ubi are expected to start later this year.