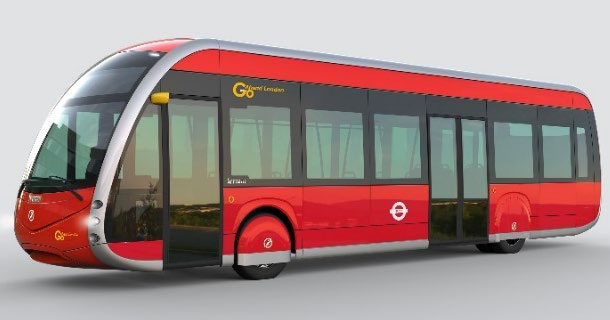 A trial of a new electric bus in South London could see the pantograph return to London’s buses, some 60 years after the last Trolleybus ran in London.

Not the same as the old system though, as these pantographs will be upside down, mounted on fixed locations with the buses driving up to them to recharge their batteries.

If you’re not familiar with the term, a pantograph is the unit mounted on the roof of an electric vehicle, typically a train or tram to collect electricity through contact with an overhead wire.

The latest development is part of TfL’s plans to convert its bus fleet to zero-emission at the point of use, by switching them to electric supply. A number of bus garages are already switching to electric buses, and this works well for around three-quarters of London’s buses which have compact routes and can return to the garage for a battery top-up. However, that leaves about a quarter of bus routes unsuitable for that sort of conversion to electric battery operation.

A trial of a hydrogen double-decker bus will investigate that alternative, but TfL says that it has high costs and a limited supply chain. So, they’re looking to test an idea for “opportunity charged” buses, which have their batteries topped up along the route at convenient locations, by overhead power supplies.

The trial being proposed is along Route 358, which runs along a long path between Crystal Palace and Orpington. The route is currently served by a fleet of single-deck diesel buses, which will be replaced by the sleek looking “ie tram” from Spanish bus and coach maker, Irizar.

When the new electric buses pull into Crystal Palace or Orpingonton bus stops, a pantograph will drop down from the charging unit to connect with the bus and top up the batteries.

The bus can be charged in just a few minutes, making it ideal for use at end-of-route bus stops.

The old trolleybuses needed to have power cables along their entire route, which was unsightly, and the last one ran in London in 1962. If the trial works, in 2022 a fleet of pantograph charged buses will return to London’s streets.