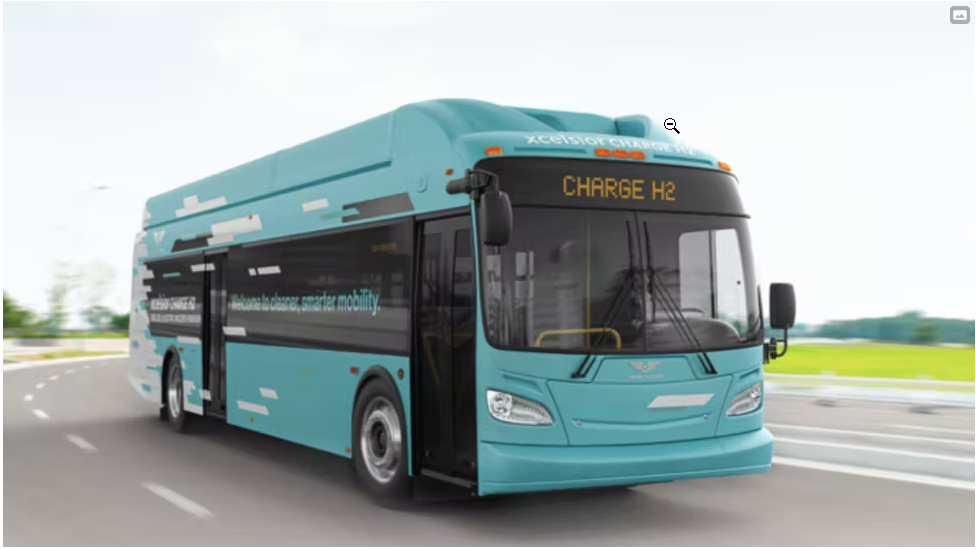 The bus, made by New Flyer, will be at GCTD’s operations and maintenance site to be test driven on several routes over those two days.

After thorough analysis of routes and terrain facilitated by project consultant Stantec, Inc., GCTD chose to pursue the hydrogen fuel cell electric bus due to its range capability and fueling process. A hydrogen fuel cell bus can travel up to 350 miles on a single refueling and requires no o­ff-board electric recharging.

“We are excited about the potential for hydrogen fuel cell technology and look forward to testing the bus for a few days to give our employees and passengers a glimpse into our zero-emission future,” said GCTD General Manager Vanessa Rauschenberger.

In 2018, GCTD adopted its zero-emissions policy, which directs staff to prioritize zero (and near zero) emissions when replacing vehicles. GCTD is currently developing a grant application for funding to purchase five hydrogen fuel cell buses and upgrade its current facility to incorporate hydrogen fueling through the Federal Transit Administration’s Low or No Emission and Bus Program for Buses and Bus Facilities Program.

If awarded, the grant will also provide funding for safety and technical training for GCTD employees in zero emission heavy-duty technology, hydrogen safety, fueling and operations and maintenance. To date, staff has collected 29 letters of support from local elected leaders, stakeholders, businesses and community organizations from around the county, expressing their support for GCTD’s zero emissions plan and adoption of hydrogen fuel cell technology.