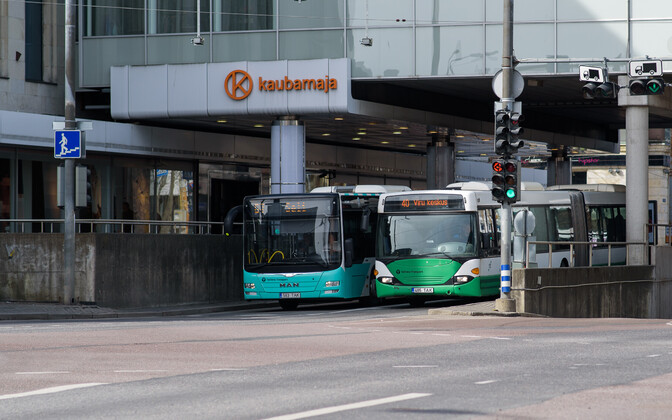 In addition to electric buses, Tallinn’s municipal public transport firm Tallinna Linnatranspordi AS (TLT) intends to use hydrogen buses on Tallinn routes in a few years. The company is also planning on developing a hydrogen filling station network.

“If the proposal sent to the EU’s innovation fund is successful and it is satisfied, we hope that hydrogen buses can serve passengers in a few years. We certainly want to test hydrogen buses, as well,” TLT board member Lennart Viikmaa told ERR.

The cost of one hydrogen bus is €600,000-650,000 and TLT is planning on acquiring some 200 vehicles. In addition to EU funding, they must invest themselves as the fund will pay up to 60 percent of the cost. “Initiating such a green revolution and implementing the use of hydrogen technologies is based on state and EU funding,” Viikmaa noted.

For the firm to apply for money from the EU fund, some steps had to be taken. In August, the company joined the Estonian Hydrogen producers and consumers association, which intends to take part in the fund’s application round. The goal is to develop a network of green hydrogen, including the development of a hydrogen filling station network.

The second step was to prove that TLT can meet its obligations for the next seven years. Currently, TLT’s passenger transport contract with Tallinn is set to last until the end of 2024. Last week, the city government approved a contract extension, which will run a decade from January 1, 2025. The city council must also give its approval to the contract.

If the application turns out to be a successful one, TLT will first conduct a study to find out if the technical capacities are suitable for the streets of Estonia’s capital, Viikmaa said. The firm must present a grant application by March of next year.

Electric buses to drive on routes in two years

TLT presented a plan years ago, which would see the public transportation of Tallinn go emission-free by 2035. The first goal of that plan is to not have a single diesel bus on the streets of Tallinn by 2025. There are currently 200 gas buses servicing routes in Tallinn and the firm is planning on buying another 150 next year.

“TLT has also tested electric buses to go with compressed gas buses to transition all of the capital’s public transport to emission-free technologies by the year 2035. In June this year, we received support from the Environmental Investment Center to purchase 15 electric buses and develop the infrastructure for them. We are planning to announce a tender to acquire the buses this year. We hope these buses will be on routes in 2023,” Viikmaa said.

Until now, TLT has tested five different electric buses – Mercedes-Benz eCitaro, Solaris Urbino, Yutong U12, Solaris Urbino 18 electric and a 12-meter bus from MAN. “The tested buses could go 150-425 km on one charge so all tested buses seem suitable for use in Tallinn’s conditions,” the chairman said.

Viikmaa noted that the firm intends to go along with trends in Europe, which has seen a transition to electric buses over the previous few years. “Europe’s electric innovation is characterized by the fact that 75 percent of the 5,087 electric buses put to use in Europe in 2012-2020 have reached the streets in the last two years,” he noted.