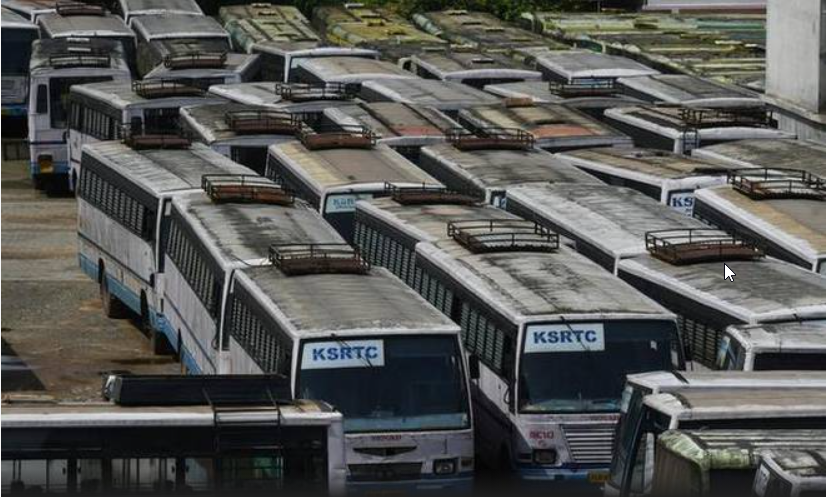 The Kerala State Road Transport Corporation (KSRTC) is to get 10 hydrogen-powered buses on a pilot basis in collaboration with Indian Oil Corporation Limited (IOCL) and Cochin International Airport Limited (CIAL).

The initiative is part of the shift to eco-friendly modes of transport and ₹10 crore had been allocated in the budget as government share, Finance Minister K.N. Balagopal has said, while presenting the revised budget.

As an initial step to reduce the operational loss of KSRTC, the corporation’s 3,000 diesel buses will be converted to Compressed Natural Gas (CNG). The estimated expenditure for the conversion will be ₹300 crore, the Finance Minister has said, adding the allocation for the current fiscal has been enhanced to ₹100 crore.

The Kerala Infrastructure Investment Fund Board (KIIFB) will be roped in for setting up the mobility hub of KSRTC at Puthukkad on Hub and Spoke Model and for the construction of modern bus stand at Kollam. A sum of 10 crore is earmarked as government share.

In collaboration with financial institutions, the Finance Minister has said a loan scheme will be worked out to make available fuel efficient and eco-friendly 10,000 electric two-wheelers and 5,000 autos to those who are engaged in various ordinary jobs. The government will bear a portion of interest. ₹15 crore is provided for interest subvention.

The Finance Minister has said ‘significant achievement’ has been made towards enhancing the quality of roads and bridges during the tenure of the first Pinarayi Vijayan-led LDF government.

But the traffic snarls at the busy junctions in the National Highways and MC roads in the State have to be addressed. A scientific study will be carried out to resolve this issue. An amount of ₹5 crore has been earmarked for the study and other initial expenses.