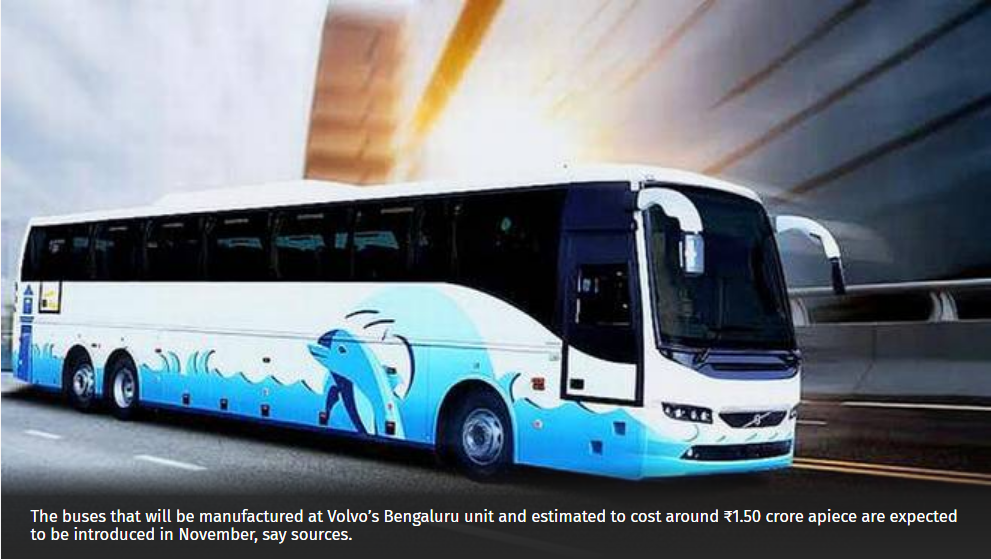 The Kerala State Road Transport Corporation (KSRTC) is gearing up to operate eight air-conditioned sleeper buses of Volvo that conform to Euro-VI emission norms — the first of their kind to be assembled fully in India by a bus manufacturer — on inter-State routes where there is stiff competition from the Karnataka State RTC and private luxury buses.

“The buses that will be manufactured at Volvo’s Bengaluru unit and estimated to cost around ₹1.50 crore apiece, are expected to be introduced in November. The KSRTC was hitherto operating a limited number of AC and semi-sleeper buses (those having recliner seats) to Bengaluru, although its Karnataka counterpart was operating many more, including sleeper buses, to Kerala,” sources said.

Each bus that the KSRTC intends to procure will have 39 sleeper berths, with charger sockets in all berths, said Sibi Mathai, an entrepreneur whose firm maintains the premium buses of the KSRTC and many other RTCs.

“They will also come with fire detection and suppression system [FDSS] and CCTVs at the rear – facing interiors and exteriors. Their light-weight body and BS VI engine will provide higher fuel efficiency,” he said. It will be the first time in India that a bus manufacturer is building sleeper class body. The body building job is generally done by other firms, he said.

The KSRTC’s sleeper buses are expected to rein in the exorbitant fares (often near the airline fare) which private bus operators levy on commuters, especially during festival seasons when demand rises.

In addition, the agency is expected to roll out 20 semi-premium AC buses that conform to BS VI norms on inter-district routes, for which two prominent manufacturers are in the fray.

The existing fleet of 190 low-floor buses were not designed for inter-district use.

The procurement of another fleet of 72 non-AC buses, each priced at ₹35 lakh, is expected to follow suit. This is apart from a dedicated fleet of 50 non-AC electric buses, for which two manufacturers have qualified.

The KSRTC has also floated tenders to procure 310 CNG-run, non-AC, BS VI buses for operation on inter and intra-city routes.

They will have to come with warranty and annual maintenance contract for up to 10 years.