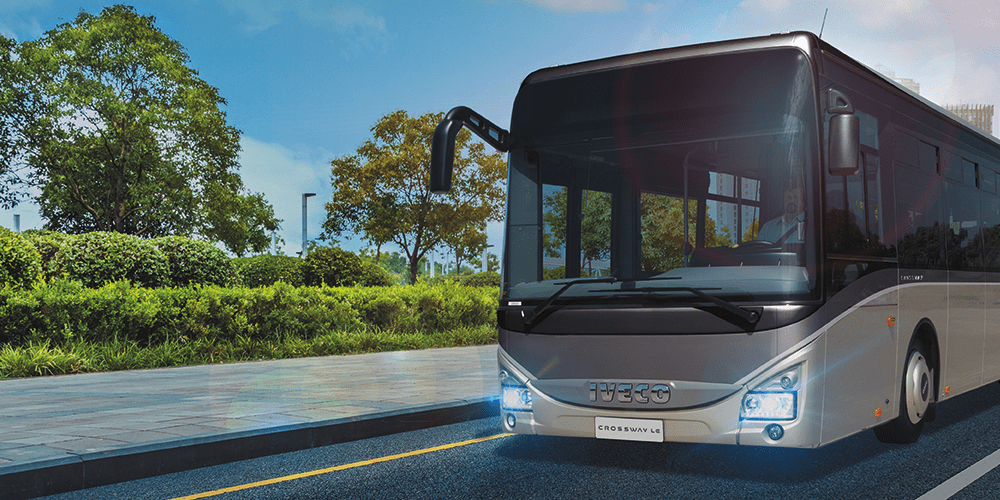 Microvast, together with FPT Industrial, will supply the complete battery system for a new electric city and intercity bus from Iveco Bus. The Iveco Bus Crossway LE Electric is expected to be unveiled later this year, with first deliveries possible from mid-2023.

Microvast says it has developed a battery pack with high energy density and a capacity of 400 to 466 kWh for the electric bus. The company, which has its European headquarters in Ludwigsfelde near Berlin, says it will supply battery cells and modules from its production facilities around the world according to FPT Industrial’s project requirements.

The contract was awarded to Microvast on the basis of an agreement signed in 2019, in which an industrial and commercial cooperation between Microvast and FPT Industrial was already agreed. As part of this collaboration, FPT Industrial will manage the mechanical and thermal integration of Microvast batteries into the corresponding commercial vehicles – in this case with the Iveco Bus Crossway LE (Low Entry) for a city and intercity bus in low-floor design.

The Iveco Bus Crossway LE Electric project complements the new Iveco e-Daily project, which will be launched at the end of 2022 – in other words, an electric van. The new electric Daily will feature a modular battery concept with one to three batteries ranging from 37 to 111 kWh.

Microvast says its new generation of high-energy cells set a new benchmark “for pack-level energy density”. “Microvast works closely with partners in the commercial vehicle industry and is committed to driving the electrification of commercial vehicles with market-leading battery technologies,” said Sascha Kelterborn, chief revenue officer, Microvast Holdings. “Our successful collaboration with FPT Industrial impressively demonstrates that we are on the right track.”

“In this fast-evolving sector, FPT Industrial is committed to entering into targeted partnerships to deliver advanced alternatives to traditional fuels, so as to accelerate our journey towards a sustainable CO2-neutral tomorrow,” said Sylvain Blaise, President, Powertrain Business Unit, Iveco Group. “This collaboration with Microvast underlines our commitment to become a multi-power technological leader and provides us with competitive advantages in the market.”