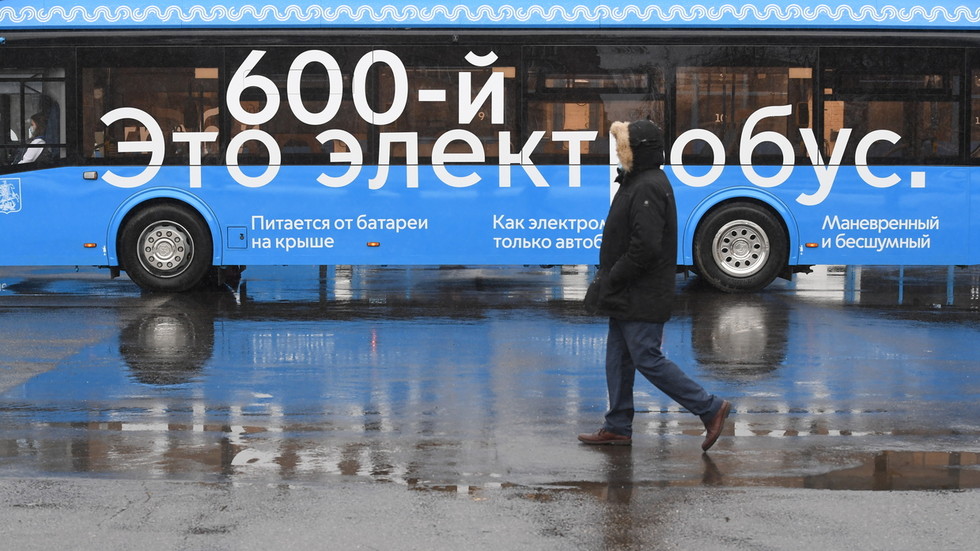 Moscow is set to become the world’s first major city to have its public transport entirely powered by electricity, its mayor revealed on Thursday, explaining that there will be no diesel buses in the Russian capital at all by 2028

Speaking at the Russian Energy Week conference, Sergey Sobyanin announced that Moscow already has one of the world’s largest fleets of electric buses. By the end of the year, there will be a thousand of them. Furthermore, in six to seven years, there will be so many electric-powered buses that all the diesel vehicles will be retired.

The mayor also revealed that the pace of expansion of rail transport also exceeds that of all European and American cities.

Earlier this month, Moscow’s Department of Transport announced that the 800th electric bus had hit the streets of the capital. The first vehicle of its type was revealed in September 2018.

In August, Sobyanin boasted that the city’s 800-strong electric bus fleet is far larger than other major European capitals.

“There are 400 electric buses operating in London today, 150 in Paris, 200 in Berlin, and 211 in Amsterdam. Moscow electric buses run on 56 routes. Three years of operation has seen them traveling over 40 million kilometers and transporting more than 100 million passengers,” he said.

In September, Russian President Vladimir Putin also hailed the green progress in Moscow’s public transport, calling it “important” for the ecology of the capital and “not only in order to brag” about the city’s progression.

The capital’s famous underground train system is also powered by electricity. Earlier this week, the metro launched FacePay throughout the entire network, which now means that citizens can use the system without needing to pull out a card.