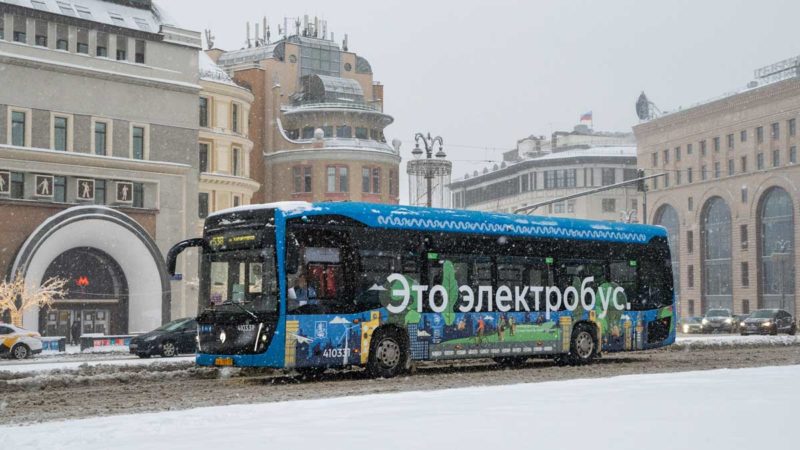 Russia’s capital of Moscow is planning to purchase a further 500 electric buses, most of which will be paid for using proceeds from green bonds.

A spokesperson from Mosgortrans, the state-owned company operating Moscow’s bus and electric bus networks and representing the department of transport and road infrastructure development of Moscow, confirmed the purchase of the 500 electric buses to join an existing fleet of 1,000.

The state-owned company claims in its press release it is the largest operator of electric buses in both Europe and the US. However, The Driven notes a 2020 article from Transport & Environment says Germany had at least 2,900 zero-emissions buses as of 2019 (which may include hydrogen – we have contact T&E for clarification).

And this is a drop in the ocean when we look to China: in the city of Shenzhen alone there are at least 16,000 electric buses in operation, and nearing 500,000 in the entire country.

“In 2021, Moscow has stopped buying diesel buses for the surface public transport operator,” said Maksim Liksutov, the deputy mayor of Moscow for Transport.  “Today the city is focused on eco-friendly alternatives and is keeping up with worldwide electric vehicle market trends.

“In December, Moscow has received the 1000th electric bus assembled by the Russian manufacturer KAMAZ at the innovative SVARZ eco-plant. The e-bus is dedicated to ecology and environmental science. Next year Moscow plans to purchase 500 more eco-friendly buses.”

Nevertheless, Moscow has been proactive in deploying electric buses, having started only three years ago in 2018. Since then, it says its electric buses have completed over 60 million kilometres of operations and carried more than 156 million passengers.

Moscow is also, unsurprisingly, continuing to develop the necessary charging infrastructure to support electric buses and electric vehicles. Currently, around 170 charging stations have been deployed throughout the city, with another 115 to be completed by 2023.

The majority of the funds necessary to pay for the new electric buses will be sourced from green bond proceeds – with 400 buses paid for by green bonds.

“All funds from this project will be used for the purchase of electric buses and the construction of new metro stations. These transport projects have a positive impact on the ecological situation in the city and on the health of its residents.”

Moscow issued its first green bond back in May 2021, designed to raise funds to reduce emissions from public transport. Immediate demand for the green bond exceeded expectations by 23% with the RUB 70 billion ($A1.2 billion) receiving 721 bids worth RUB 86.3 billion.