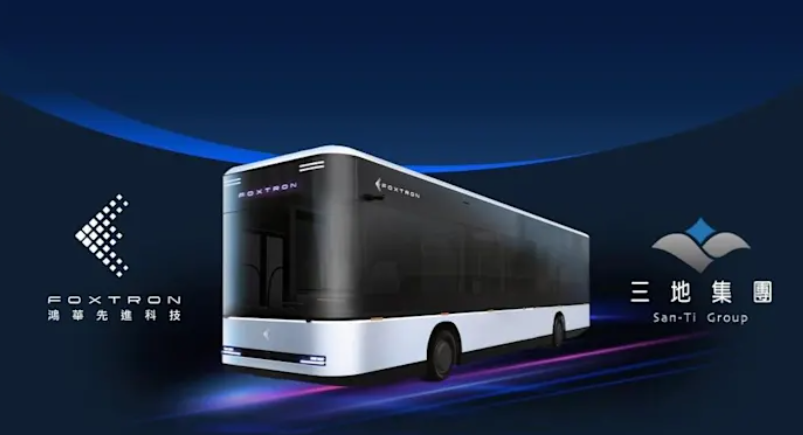 We’ve known for a while that Foxconn, the Taiwanese electronics giant that builds Apple’s iPhone, wants to get into the electric-car game. Come Monday, we’ll know a bit more about what precisely the company has in store.

Foxconn posted a video last week teasing three new electric vehicles it plans to unveil on October 18 during its Hon Hai Tech Day. The EV space is heating up as startups, established car companies, and tech firms – like Foxconn – place big bets on a future free of gas-fueled vehicles.

The clip shows a black sedan with slick full-width light bars running across the front and rear. If you look closely, there’s a Pininfarina badge by the front fender, indicating that the storied Italian design house that has styled numerous Ferraris and Maseratis had something to do with the car.

That vehicle is barely visible in the clip, but Foxconn offered a full glimpse of the two other vehicles it’s planning: an SUV and a bus. Foxconn is building the EVs under the Foxtron brand.

Check out the video for yourself:https://www.youtube-nocookie.com/embed/UGukbUZgoKI

The electronics manufacturer isn’t just planning its own EVs. It’s been making deals left and right in the auto sector as it’s become increasingly clear that the industry’s future is electric.

In September, Foxconn announced it would buy the Ohio factory of electric-truck startup Lordstown Motors for $230 million. Foxconn will take over production of Lordstown’s first vehicle as part of the deal. The company is also working with Fisker, another EV startup, to manufacture its vehicles starting in 2023.