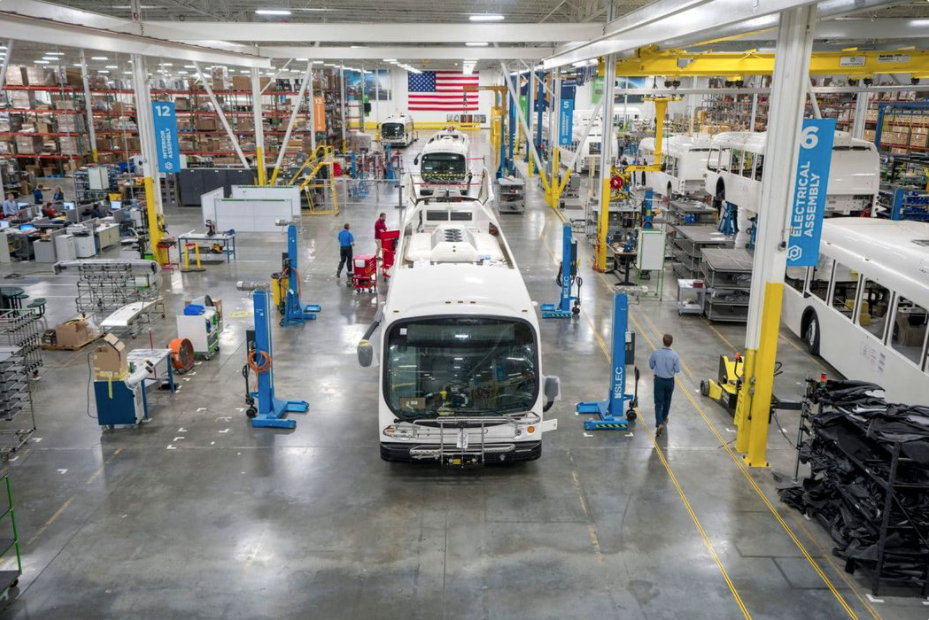 Proterra would seem to have a lot going for it. The electric-vehicle technology company operates in a hot sector and has avoided head-on competition with a crowded field, including, Tesla . It already has products and sales, unlike many EV companies, and profits should come reasonably soon. In fact, it’s the leader in a niche that it has almost to itself: electric buses.

Yet, for all of that, 2021 was a bumpy road for the Burlingame, Calif.-based company, whose stock, at around $9, is down 20% for the past year, compared to a drop of 9% for an index of small-cap growth stocks.

Proterra (ticker: PTRA) has one big problem: It merged with a SPAC in mid-June in order to go public, and has seen its share price tumble as investors sold off SPACs at the end of the year. Proterra dropped 21% last month, hitting a 52-week low on Dec. 20. The shares now trade below their $10 price at the SPAC merger. That often signals deeper troubles, but at Proterra, it may spell opportunity for investors.

Proterra’s main business is electric city buses, the kind used in short-distance bus services, often in urban areas, a growing market with only a few competitors, such as NFI Group’s (NFI.Canada) New Flyer. Proterra has about 50% of the developing market.

Proterra has two other viable businesses that generate the rest of its revenue. First, it makes battery systems for other bus and truck makers—a big strategic plus, giving Proterra technical know-how and relationships with battery suppliers.

The auto industry is currently scrambling to secure battery supplies for the expected EV boom, and Proterra already has its foot in that door. BofA Securities analyst Sherif El-Sabbahy calls the company’s battery technology core to his investment thesis, and likens Proterra to Cummins (CMI) and its role supplying diesel engines. He rates the shares a Buy, with a $15 price target.

The company has two battery-production facilities with an annual capacity of about one gigawatt hour, enough to make a few thousand commercial EVs a year. Proterra announced plans for a third battery-pack facility in December, which would be its biggest, with “multiple gigawatt hours of annual production capacity,” Proterra says.

“We view Proterra as having some unique positives versus emerging EV peers already,” wrote Vertical Group analyst Jon Lopez in a November report. He likes its position in an expanding market and sees “compelling opportunities for growth and diversification outside their core transit market.”Proterra(PTRA / Nasdaq)Source: FactSetDec. 2020’21’220510152025$30

And other possibilities are brewing. In October, Proterra announced that it had essentially turned electric school buses into rolling electric generators in Massachusetts. School buses, which are utilized only a few hours a day, provided power back to the grid while they were parked.

“We need to look at the electrification of commercial vehicles for the opportunity that it is. And that’s more than just transportation,” says Gareth Joyce, who took over as CEO on Jan. 1, after serving as president. “What you see in this application is innovation.”

Vertical Group’s Lopez, for his part, rates Proterra a Buy. His $24.75 price target is the highest on Wall Street, implying gains of some 170%. That’s based on 20 times his 2025 estimated Ebitda, or earnings before interest, taxes, depreciation, and amortization, of about $440 million. That figure works out to about $40 a share in 2025, or a fair price of around $25 today. The multiple might seem aggressive, but the Russell 2000 Growth Index trades for roughly 17 times estimated 2021 Ebitda.

The average target price among six analysts is about $16, almost 70% above recent levels. That alone would be an attractive return, but investors typically demand more from newer, more speculative stocks.

There are risks, of course. The biggest is how fast commercial vehicle makers go electric. Lopez doesn’t doubt that they will, but he’s unsure of when. With Proterra, he says, “you have a far more established business that keeps the lights on, while you’re waiting for your secular, more attractive [battery] opportunity to kick in.”

True, Proterra still isn’t profitable, though Wall Street projects that it will generate positive Ebitda in 2023. That makes it a speculative stock, albeit one with more than $700 million in cash. With cash burn running at about $40 million a quarter, it has enough money to implement its business plan.

So, at the current stock price, investors can afford to be patient, holding the shares as the business develops.