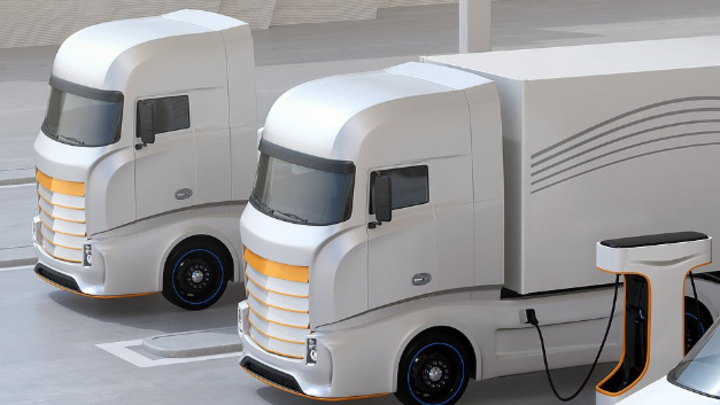 Range is currently a major hurdle for long-distance electric trucks. Ultrafast charging with one megawatt could provide a remedy. Researchers at the Technical University of Munich are working on a megawatt charging system.

However, long-distance trucks have to cover 500 kilometers or more per day. This means that, as things stand at present, the battery would have to be charged at least once a day. A big change for the drivers: With conventional trucks, they only have to refuel about every five days.

Nor is it enough to charge the battery overnight. It should be possible to charge it during the day in a relatively short time and at various locations – for example, when the vehicle is parked at the loading ramp or at special charging stations.

In the NEFTON project, partners from research and industry are therefore developing a prototype of a truck with an electric drive and a corresponding charging station that supports particularly fast charging. »Our goal is to develop solutions that can be implemented economically and in a timely manner,« Sebastian Wolff from the Chair of Automotive Engineering at TUM. »And to do so with technology that is already available. But which no one has used in this combination yet.«

Megawatt charging is needed to enable ultra-fast charging of the batteries. The development of the so-called megawatt charging system (MCS) is challenging in several respects. For example, the cost of a corresponding grid connection is very high. The solution: a stationary buffer storage system that can compensate for the lower connected load.

Another problem is the batteries in the truck itself, which have to be cooled efficiently at such a high charging power. There are various approaches to solving this. “We will probably initially use water cooling for the battery, cables and connectors,” Wolff explains. But the researchers are keeping an eye on developments in battery technology. After all, more efficient batteries could simplify the charging process and thus also the cooling.

The new system also contributes to sustainability and the energy transition with another aspect: The charging stations function bidirectionally. For example, if the trucks are parked for a longer period of time in the freight forwarding company’s parking lot, they can act as a storage facility for renewable energy. For example, for electricity generated by wind turbines but not used by households at night. This concept could be much more attractive and economical for trucks than, say, an electric car, because of the higher storage capacity.

And what will the electric truck look like? It will be almost indistinguishable from current vehicles. The biggest innovations will be under the hood. But one advantage of the new trucks is that they will be modular. This means that series production of the electric trucks could take place in the existing production facilities at a later date.