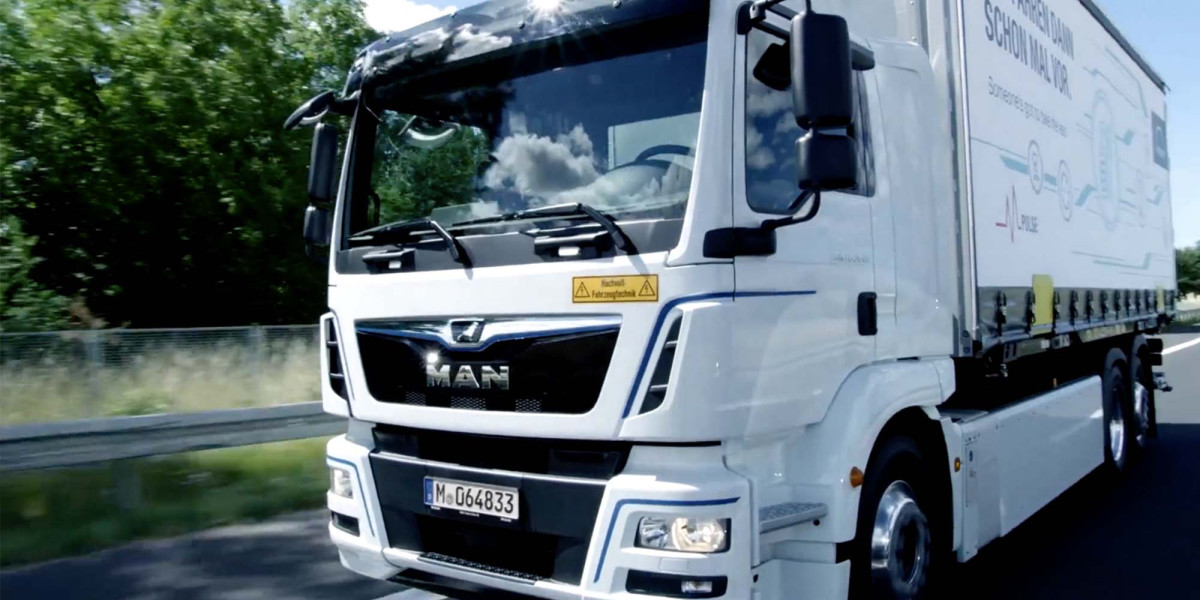 MAN Truck and Bus, a commercial subsidiary of Volkswagen Group, has announced it will wean its fleet’s dependency on diesel fuel in favor of all-electric powertrains, beginning in 2024. MAN currently offers a few electrified versions of trucks, vans, and buses, but it will focus further on electric commercial vehicles under the pressure of VW. Can it do so quickly enough?

As a result, Volkswagen operates as a majority shareholder in MAN after investing over 25 billion euros in the company for the past several years. Currently, MAN develops and manufactures fleets of commercial vehicles like trucks, buses, and vans. Most of which operate through diesel engines.

In 2020 however, MAN began implementing electrified versions of existing commercial models into its fleet. Most recently, MAN’s CEO, Dr. Andreas Tostmann, has shared plans to abandon diesel engines for electric powertrains in order to try and save the entire company.

In a recent interview with Handelsblatt, MAN CEO Dr. Andreas Tostmann explained the company’s attempt at an electrified transformation of its main truck plant in Munich.

Tostmann stated that MAN has been rehearsing the series production of its e-trucks in a designated area around ​​4,000 square meters since June. By the end of 2023, all MAN employees should be qualified to build electric trucks.

Tostmann also explained that MAN strongly prefers the future of electric powertrains to replace diesel engines over hydrogen fuel cells, stating, “Cost parity with diesel can be achieved more quickly with an electric drive than with a fuel cell.”

MAN also has plans for extensive electric bus production, assuming nine out of ten city buses in Europe will be delivered with electric powertrains by 2030.

Still, the company’s journey toward electrification remains an uphill battle. In order to reach its goals, MAN has had to make compromises, including the elimination of 3,500 jobs and the sale of a truck plant. MAN must perform and do so quickly, under the pressure of Volkswagen Group.

The commercial automaker struggled last year, achieving a minimum amount of its investment value from VW in the first half of this year. The parent company’s board has reportedly called the situation “one last chance for MAN.”

Speculation about Tostmann’s job security as CEO has also begun to circle, although the electric truck boss has said otherwise, “My job is to implement the future plan for MAN.”