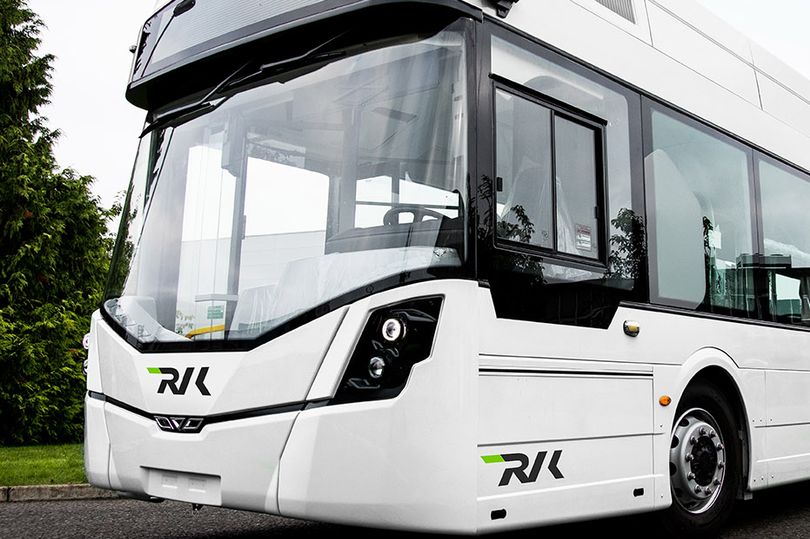 Ballymena bus maker Wrightbus has signed a deal to supply 60 of its zero-emission hydrogen buses to a German operator.

The deal, for an undisclosed sum, has been struck with Cologne company Regionalverkehr Köln GmbH (RVK), which will take delivery of the Kite Hydroliner single deck buses over the next two years.

Wrightbus said the buses will be the first left-hand drive vehicles which the company has exported since JCB heir Jo Bamford bought the firm out of administration in 2019.

The first vehicles will be delivered to RVK in 2023 while the remainder are due in 2024.

RVK already has the largest fleet of hydrogen fuel cell buses in Europe with 52 and has been building up its experience with the technology since first introducing it in 2011.

All the buses will be built at Wrightbus’s factory in Ballymena.

“This deal is a significant one for us in many ways,” Wrightbus Executive Chairman, Jo Bamford, said. “Not only is it our first European order since I took over, but it’s also our second international deal in quick succession and it shows that Wrightbus has a huge part to play on the global stage.”

The news comes just days after the company announced a partnership deal with Australian bus builder Volgren which will see Wrightbus supply the core hydrogen technology – the hydrogen powertrain – to meet the demand for zero-emission transport in the country.

“RVK already has a substantial hydrogen fleet so for them to order from Wrightbus and recognise us as a leader in the sector is hugely gratifying and a testament to the reputation we’ve built up in the zero-emission sector,” he said. “The recent appointment of our dedicated European Chief Commercial Officer Jean-Luc Deflandre highlights our desire to grow in the market, and we’re hoping this order marks the start of the roll out of many left-hand drive zero-emission buses in cities across Europe and beyond in the coming years.”

“We have currently received federal funding to expand our hydrogen bus fleet by 2025,” he said. “The combination of the most economical offer with a robust service concept is the reason why we placed the order with Wrightbus.“