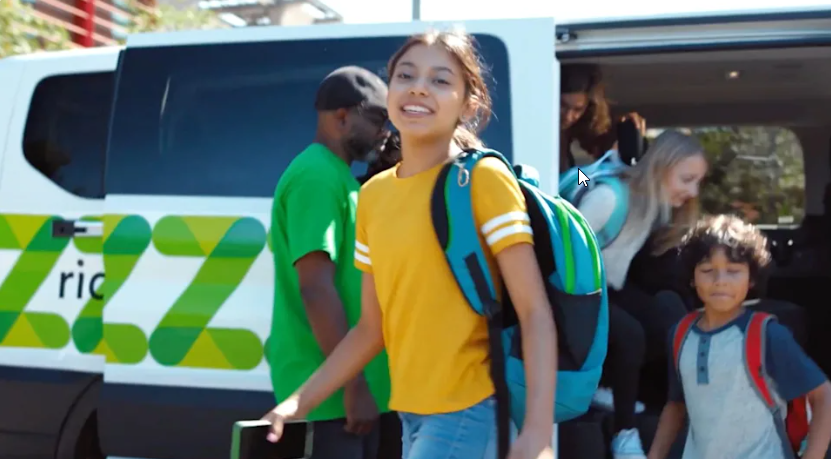 Zūm, the startup that provides child transportation for school districts and families, is aiming to use its fleet of electric school buses to deliver power back to the electrical grid when it’s needed most.

The company is partnering with AutoGrid, which provides energy management and distribution software, to transform Zūm’s fleet of electric school buses into one of the largest virtual power plants in the world, according to a statement from the companies. Zūm eventually plans to have a fleet of 10,000 electric buses by 2025. Once Zūm hits that 10,000 EV bus goal, the company says it will have the capacity to send one gigawatt of energy back to the grid. To put that to scale, that’s enough to power 110 million LED lightbulbs or 300,000 homes. However, Zūm is far short of that 10,000-bus goal. Currently only 10% of the company’s buses are electric, due to a shortage of supply, CEO and co-founder Ritu Narayan told TechCrunch.

“School buses are the largest battery on wheels,” said Narayan. “Interestingly, they are not utilized when there is a peak time for electricity, so either in the evenings or in summertime. So our bigger plan is not only what we are actually using the vehicles for during the daytime but to use them to give electricity back to grid in non peak hours for school transportation.”.”

This scope of the partnership, while a creative way to repurpose school bus fleets, is becoming more common in the electric vehicle industry. As EV ownership increases, companies like Zūm are recognizing the need for a give-and-take when it comes to an increasingly strained energy grid. This week, mobility company Revel announced it would work with GridRewards, an app that offers similar services to AutoGrid, in order to adjust its e-moped fleet charging schedule so it can provide power back to the grid if needed.

Micromobility’s next big business is software, not vehicles

School buses present a big opportunity for such energy sharing, today more than ever. The Biden administration has proposed a $25 billion investment in electric school buses. There are more than 500,000 yellow school buses transporting over 27 million students every day.

The companies are launching the partnership in San Francisco, where Zūm has a fleet of 206 school buses, and in Oakland Unified School District, where it has 70 buses, according to Narayan. Zūm also has aspirations to expand nationwide. The company already works with schools districts in California, as well as Seattle, Chicago and Dallas, and it’s targeting Washington, D.C. next.

“The transition to EVs for the school transportation sector will play a critical role in helping communities improve air quality and environmental health for student passengers and area residents,” the company said in a statement.

This article has been updated to reflect new information from Zūm.