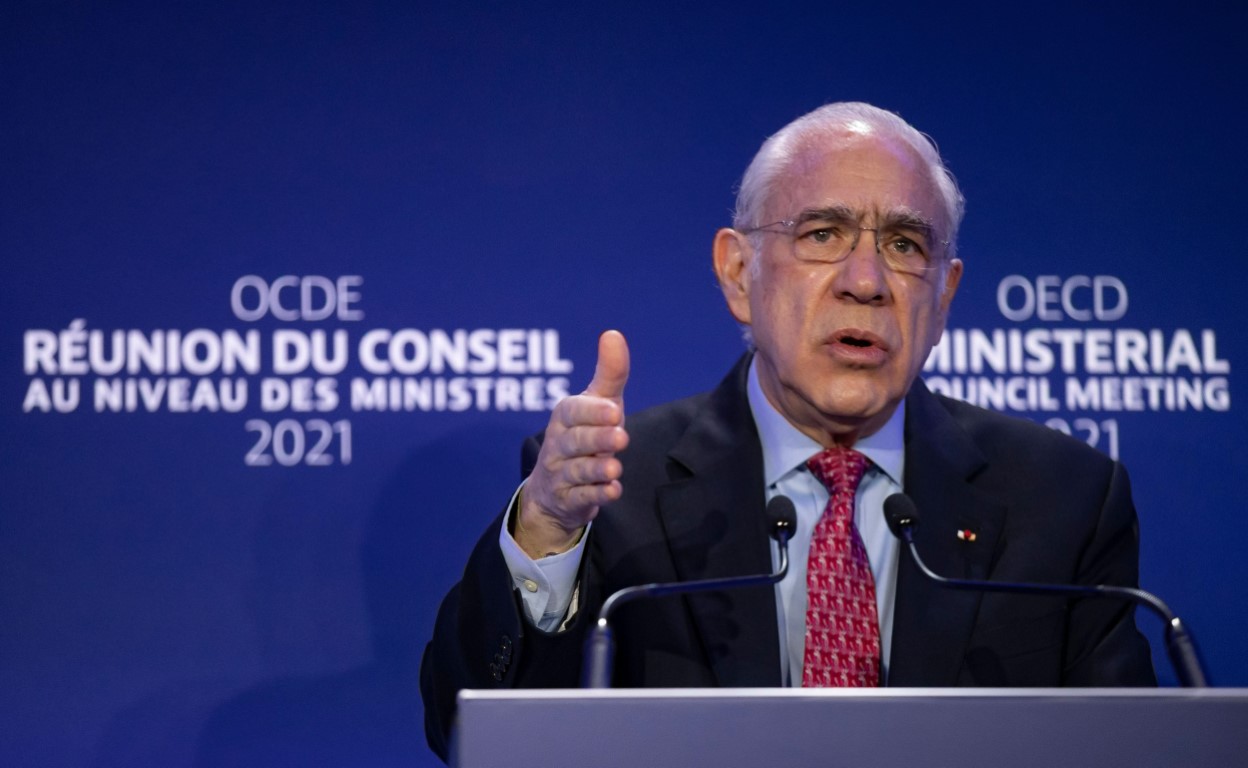 Renowned international diplomat and former OECD Secretary-General Ángel Gurría has joined the Advisory Board of H2 Clipper to help achieve the Company’s mission of 100% carbon-free transport of freight and hydrogen.

Gurría, who served as OECD Secretary-General from 2006 to 2021, is widely credited with having established the OECD as a pillar of global economic governance, including its active engagement with the G7, G20, and APEC. Under his leadership, the OECD led the effort to reform the international tax system and improve governance frameworks in anti-corruption and other fields. Gurría helped broaden the organization’s membership from 30 to 38 countries, and scaled up the OECD contribution to the global agenda, including the Paris Agreement on Climate Change and the adoption of the United Nations’ Sustainable Development Goals.

A Mexican economist and diplomat, Gurría has had a distinguished career in public service, including positions as Mexico’s Minister of Foreign Affairs as well as Minister of Finance and Public Credit in the 1990s. He has received numerous awards and honors from more than 30 countries, most recently, the Grand croix de la Légion d’honneur, which is the highest award provided by the French government. He was also the first recipient of the Globalist of the Year Award of the Canadian International Council in recognition of his efforts to promote trans-nationalism, inclusiveness, and a global consciousness. Gurría has served in key roles in many not-for-profit organizations, such as the Board of Trustees for the World Economic Forum, as chair of the International Task Force on Financing Water for All, and as a member of the United Nations Secretary General Advisory Board for Water and Sanitation (UNSGAB). In 2019, he was awarded the King Hassan II Prize by the World Water Council.

Gurría said, “H2 Clipper’s mission and technology for 100% carbon-free transport of freight and hydrogen are precisely the kinds of disruptive breakthroughs the world requires to achieve the goals of the Paris Agreement on Climate Change and to avoid climate catastrophe. If I can do something to help advance these goals, I’m all in. It’s simply too important to our children and grandchildren for us to sit on the sidelines. This is the message I intend to convey to my good friends and colleagues from my time in public service.”

H2 Clipper founder and CEO Rinaldo Brutoco said, “We have been focused on addressing hydrogen infrastructure issues since 2008, and know that if given an opportunity, government officials and corporate leaders around the world will appreciate how our technologies for long distance transport and “last-mile” distribution of hydrogen help enable the hydrogen economy. We’re delighted to have an individual with the diplomatic experience and stellar international reputation of Ángel Gurría to help open these doors. This is a major milestone that will greatly assist us to advance our work of providing a rapidly scalable hydrogen infrastructure solution, which is essential to realizing the disruptive potential of hydrogen and to addressing climate change.”

About H2 Clipper, Inc.
H2 Clipper, Inc. is the developer of high-speed, hydrogen-powered dirigibles that use no fossil fuels and have a host of commercial and humanitarian applications. The company has made significant strategic investments to research, develop, and patent core IP in modern airship design and hydrogen economy infrastructure for both long distance transport and “last mile” delivery of hydrogen to end users. Using the Dassault Systèmes 3DEXPERIENCE® platform, and assisted by its design services partner, XD Innovation (XDI), H2 Clipper has completed the research and concept design phases of work on a 21st century version of the hydrogen dirigible. This Pipeline in the Sky™ for transporting pure hydrogen to market also serves as point-to-point delivery of cargo and other payloads at speeds of 175 miles per hour: a significant advantage over truck, rail, ship, airplane, or pipeline.

Using a 21st century airship design, modern materials and technologies, H2 Clipper estimates being able to transport cargo 7-10 times faster than by ship, truck, or rail, at a 70% savings over traditional air transport. The Company plans to complete detailed design and construction of a prototype in 2024, with the goal of flying its first full-sized airship in 2027.