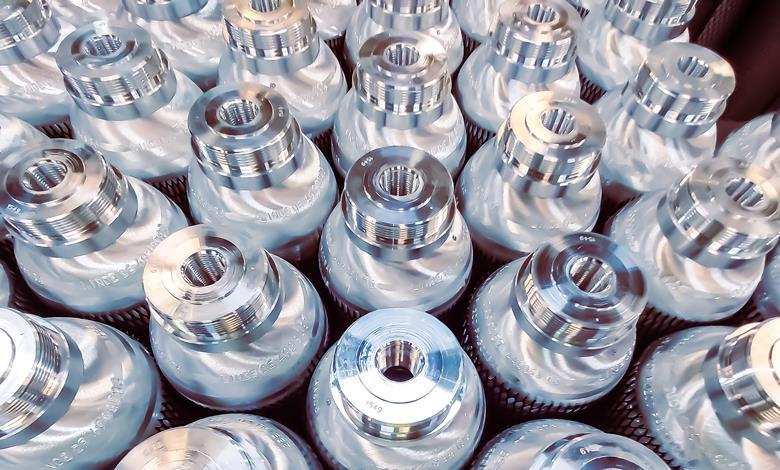 Land, sea, rail or air: If it’s a hydrogen mobility application, Luxfer Gas Cylinders has more than likely got it covered.

Having been making compressed gas cylinders since 1942, at the height of the second world war, the Nottingham, UK-based company is certainly an expert when it comes to hydrogen – and now boasts a global footprint with hundreds of projects worldwide.

However, the hydrogen business has not always been booming for Luxfer, and when the company manufactured its first hydrogen cylinders for cars and trucks approximately 15 years ago, the energy carrier’s potential was not so well recognised.

Fast-forward to the present day, and things could not be more different, with Jim Gregory, European Business Development Manager at Luxfer, telling gasworld that the mass uptake of hydrogen “isn’t something that’s five years away. It is something that is already happening, and it’s happening now.”

The world’s evolving passion for hydrogen, Luxfer’s role in the ever-developing market and the importance of COP26 for the decarbonisation of mobility solutions were all key topics of conversation when gasworld recently sat down with Gregory to celebrate all things transportation.

“I think the first time Luxfer made hydrogen cylinders for cars and trucks was 12 to 15 years ago, but unfortunately they never really took off and hydrogen’s potential was never really realised back then,” Gregory explained.

“That’s now changed. The last five years has seen a remarkable shift in focus – and we at Luxfer are really pleased to be a part of it. Once upon a time, no-one listened and no-one cared and we just carried on what we were doing, but now, it’s nice to say a bit of ‘I told you so’.”

And perhaps it is Luxfer’s long-standing belief in hydrogen that has now resulted in many amazing contracts and projects. “We certainly get involved across a wide breadth of applications, and we do a lot of export work as well,” Gregory told gasworld.

“And then, back to what we see every day; Luxfer has been very lucky to be the partner of Wirghtbus in Northern Ireland to supply cylinders for all of the doubler decker busses that you now see in Aberdeen, London and very soon in Birmingham and other UK cities.”

But it doesn’t stop there. Speaking of the company’s global footprint, Gregory continued, “We also have busses running in New Zealand, Australia, France, Spain, the Netherlands, Belgium and Germany – pretty much all across Europe.”

As many avid fans of hydrogen will know, when you introduce the energy carrie into almost any mobility application, the overall experience doesn’t seem to differ that much. For example, when it comes to a fuel cell electric car, a user will go to a refuelling station, insert a refuelling nozzle into the vehicle and then drive off – much like with a traditional car.

Just like with a car, a similar transition is proposed with hydrogen-powered trains – a mobility application which Luxfer is celebrating at COP26 with the Hydroflex locomotive. “Hydrogen trains don’t require anything structurally to change in terms of the railway line,” Gregory explained.

“I think hydrogen trains are going to be extremely significant across Europe because of two main factors. Regardless of which European country you’re in, all forms of diesel train will be phased out by 2040, and those are targets we’ve set ourselves in the UK, but other European countries have similar targets.”

“That being said, diesel trains have to be replaced by something – and hydrogen fits in very neatly, especially where it’s not economically viable to convert them [the trains] to overhead electric.”

Although electric is another mobility alternative being explored greatly by the transportation sector today, for trains such transition could be extremely expensive. According to Gregory, estimates for convert overhead catenary lines for trains in the UK are approximately one million pounds per mile, or one million euros per kilometre in Europe.

However, when it comes to trains, it’s not just the cheaper infrastructure offering that may appeal to the customer. As explained by Gregory, rail companies can quite simply convert their existing diesel locomotives to run on clean hydrogen, whilst keeping the same vehicle body.

“About half the focus on European projects right now is on replacing train with brand-new hydrogen ones, but for a lot of customers in the European rail industry, the focus is on retrofitting hydrogen into existing diesel locomotives.”

He explained, “The reason for this is when a customer buys a new diesel locomotive, you normally expect a 25-year lifetime, plus another 15-years one you have done a service and work on it – so normally, you’re investing for approximately 40-years of use.”

“That being said, if you’ve brought one [a diesel locomotive] in the last five to ten years, and your government in outlawing them in 20 years’ time, that’s about half of your investment gone. Your return in unmanageable – and that’s why people are looking to reuse their assets by converting them to hydrogen.”

COP26: A step change in our adoption hydrogen

Whilst speaking to Gregory about all things hydrogen, the COP26 summit could not go a miss – and with talks due to end this week, gasworld asked him what he would like to see as some of the main take away points from the conference.

He continued, “I’d like to think COP26 would be another step up, a step change in our adoption of hydrogen as a fuel across the board – and I’d also like other countries to walk away impressed by what we [the UK] do and impressed at our ability to get things done.”

“Further to that, it would be nice to think that all the young talent that we have here in the UK will look at the hydrogen industry and say, ‘this is an industry we’d like to get involved with’. There’s so many opportunities and this is a great place to be.”