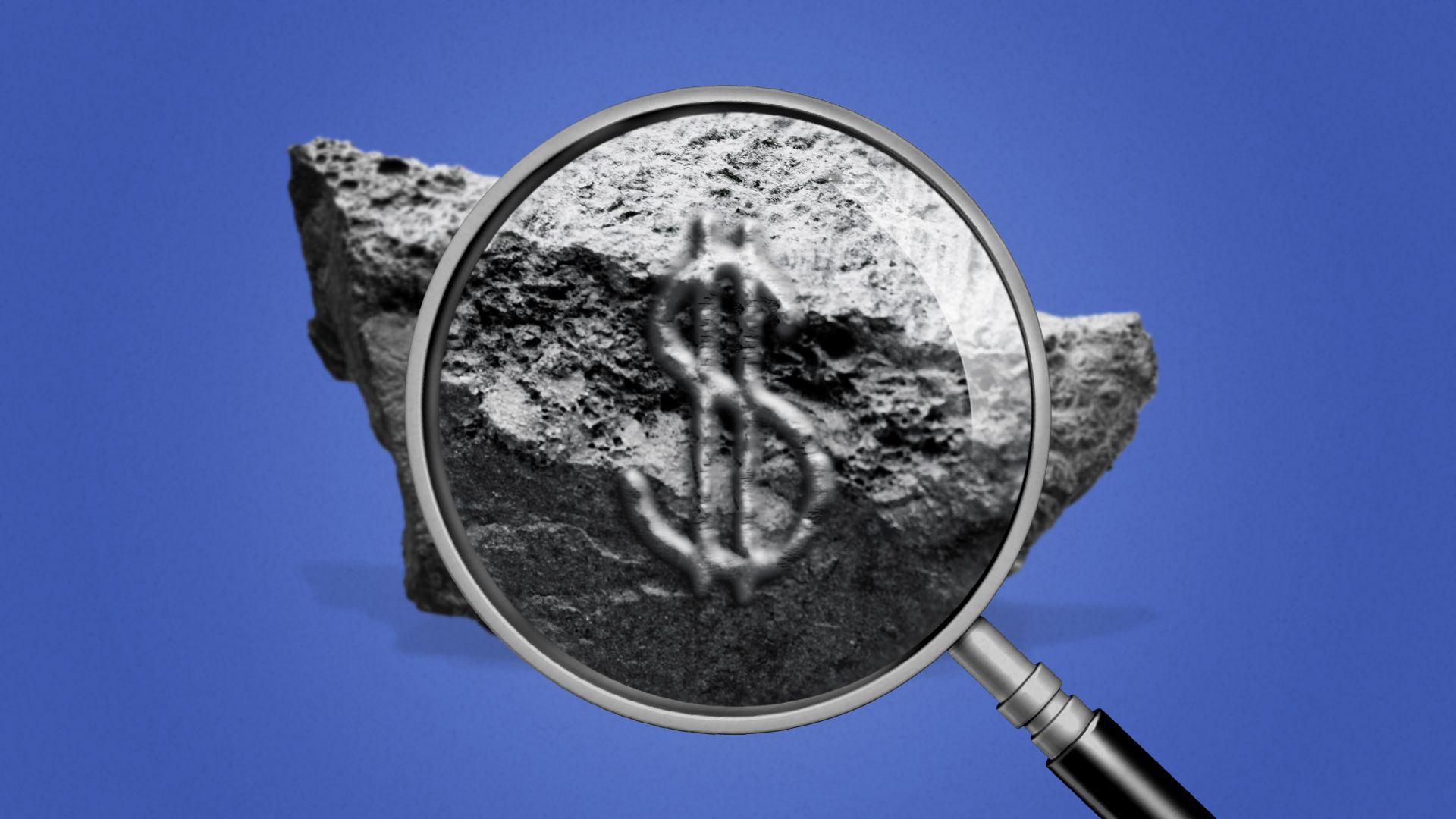 Driving the news: KoBold Metals, based in Berkeley, California, raised $192.5 million in Series B funding led by T. Rowe Price Associates and joined by prominent investors and companies.

Why it matters: Current growth of electric transport and renewable power is creating an intense quest to find and produce huge quantities of raw materials.

Threat level: KoBold argues that old ways of finding deposits are way out of step with the future demand for clean-energy minerals.

How it works: The company aims to build what backers call “Google maps” for the Earth’s crust.

The big picture: KoBold is among a wider set of companies and researchers aiming to bolster supplies for batteries and renewable projects that also have heavy mineral demands.

What they’re saying: Seaver Wang of The Breakthrough Institute said the need for battery minerals for cars, vans and trucks will be huge even under highly optimistic scenarios for battery recycling and car use being displaced by bikes and electric buses.

Between the lines: The chart above comes from an International Energy Agency report about minerals needed for climate-friendly transport and energy growth.