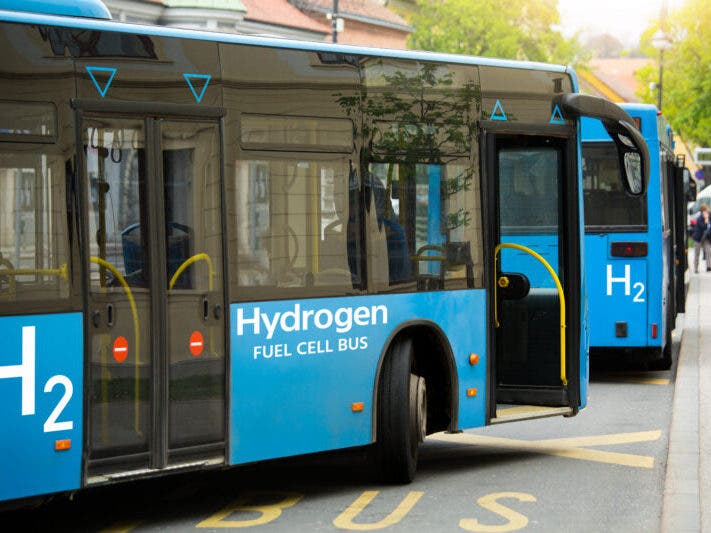 Recently, VOSD published an article on the local and statewide drive to require the use of electric energy over natural gas in an effort to reduce carbon emissions and save a planet endangered by global warming. One alternative being promoted is hydrogen, which advocates argue is a carbon-free fuel that can be mixed with natural gas to lower its greenhouse gas emission content. But is it really carbon-free?

First, let’s note that we have been told for many years that hydrogen power is green energy. For example, a recent Union-Tribune article on the North County Transit District stated that, “Fuel cell buses run on oxygen and hydrogen, emitting only water vapor.” Voila! Zero emissions. Sounds great. Much of this, however, turns out to be greenwashing — an effort by businesses to convince us that they are environmentally friendly.

How could a fuel that emits only water vapor be an environmental concern? Turns out that the answer lies in how hydrogen is produced. The fossil fuel industry has been promoting hydrogen as green, when it is not. Why? Perhaps to save their business model.

A recent peer reviewed study in Energy Science and Engineering entitled, “How green is blue hydrogen,” explains why the little man behind the curtain really should get some attention. Blue hydrogen is derived from methane in natural gas. The study states “Perhaps surprisingly, the greenhouse gas footprint of blue hydrogen is more than 20 percent greater than burning natural gas or coal for heat and some 60 percent greater than burning diesel oil for heat.”

How can that be? As a New York Times contributor explains it, citing the study, “Most hydrogen used today is extracted from natural gas in a process that requires a lot of energy and emits vast amounts of carbon dioxide. Producing natural gas also releases methane, a particularly potent greenhouse gas. And while the natural gas industry has proposed capturing that carbon dioxide — creating what it promotes as emissions-free, “blue” hydrogen — even that fuel still emits more across its entire supply chain than simply burning natural gas.”

So the bottom line here is that while the actual tailpipe emission of that NCTD bus may be water, loads of carbon emissions went into making it in the first place. We’ve been bamboozled for a simple reason: the fossil fuel industry wants us to believe that an energy source that currently relies primarily on intensive use of its fossil fuels and involves methane emissions is carbon neutral.

The fossil fuel industry is not likely to go quietly into the night. For those of us who genuinely care about the planet, it’s important to view their pronouncements with skepticism.