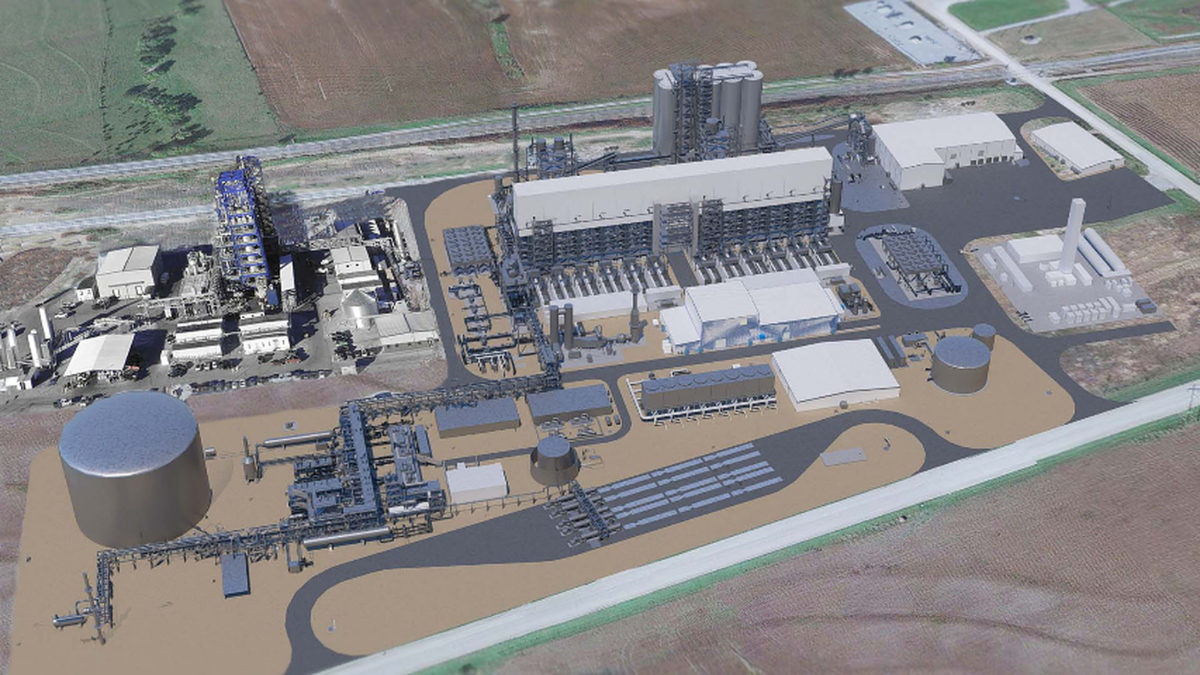 Singapore-headquartered machinery company China Yuchai, via main operating unit Guangxi Yuchai Machinery, has said its YCK05 hydrogen-powered engine achieved stable ignition and operation in a demonstration at the Beijing Institute of Technology. “The YCK05 engine is the first operating hydrogen engine for China’s commercial vehicle market,” wrote the company on Friday. The engine is based on a high-pressure, multi-point inlet air injection technology and low-inertia turbocharging. “Yuchai will use its extensive experience and advantages in the research and development of internal combustion engines to develop a solid process to transform hydrogen-powered engine [development] into large scale, mass production of these engines,” the company said. “The YCK05 hydrogen engines may be widely applicable in bus, municipal, sanitation, logistics and distribution markets.”

French transport tech company Gaussin has announced a hydrogen vehicle partnership with Saudi energy company Aramco with the latter also sponsoring Gaussin’s H2 Racing Truck, the first hydrogen-powered truck to take part in the Dakar Rally, which is currently staged in Saudi Arabia. The truck started the race on Saturday. “It is already a victory in itself to have successfully built a vehicle in eight months,” said Gaussin CEO Christophe Gaussin. “And we are there to push the whole industry and show that the technology is there.” The chief executive described his company’s vehicle as “the first racing hydrogen truck.” The company said the truck has two 450hp electric motors, four 100hp fuel cells, and 14 hydrogen tanks at 350 bar. Gaussin recently announced a partnership with Terminal du Grand Ouest – operator of the multipurpose cargo and container terminal near Saint-Nazaire in Montoir, France – to test a hydrogen-powered heavy handling tractor. “With a power of 230kW, the Gaussin APM H2 75T tractor will be able to tow 75 tons of goods and will consume about 10 kilos of hydrogen per day: a first on [French] national territory,” wrote the company in late December. Gaussin is also teaming up with Qatari companies to test its electric tractors.

French hydrogen production and distribution equipment company McPhy has been selected as preferred supplier for the GreenH2Atlantic project in Sines, Portugal. The project envisages a 100MW electrolysis plant which would convert green electricity into more than 41 tons of clean hydrogen daily. The electrolyzer would be made of scalable modules of up 8MW capacity each. “Heads of terms have been negotiated and [a] supply agreement [is] expected to be finalized during the first semester [of] 2022,” wrote McPhy at the end of the year. “The project aims to demonstrate the viability of green hydrogen on a scale of unprecedented production and technological application.” The project in Sines will be developed by 13 partners, including Portuguese utility EDP and compatriot energy company Galp; French utility Engie; Portuguese chemicals business Bondalti and compatriot construction group Martifer; Danish business Vestas Wind Systems A/S; and Portuguese energy and electric vehicle infrastructure player Efacec.

Australian fertilizer and chemical manufacturer Incitec Pivot and compatriot iron ore company Fortescue Future Industries (FFI) are negotiating an agreement to move forward a project to replace natural gas as a feedstock for ammonia production in Brisbane. Preliminary studies by the partners last year indicated the Gibson Island plant could be switched to green ammonia production and the companies want to produce a front-end engineering design study to “refine cost, schedule, permitting and commercial agreements, and inform a potential final investment decision,” Incitec said in mid December. The company said a water electrolysis plant could produce up to 50,000 tonnes of renewable hydrogen annually, which would then be converted into more than 300,000 tonnes of green ammonia. At the end of December, Fortescue produced hydrogen using an electrolyzer designed and built by its team. “FFI has developed a number of new electrolyzer technologies that will form part of their electrolyzer patent family,” the Australian company wrote on December 20.

The first hydrogen vehicle from French brand Peugeot rolled off the production line in mid-December. “Peugeot becomes one of the very first manufacturers to offer, in addition to its combustion and battery electric versions, a hydrogen fuel cell powered version in the commercial vehicle segment,” wrote the company on its website. Franco-Italian-American parent company Stellantis is starting production of commercial hydrogen vans from its Citroen and Opel marques.

Danish prime minister Mette Frederiksen said in her new year speech that within eight years Danish people must fly without causing emissions. “By 2025 at the latest, Danes must be able to fly green on a domestic route,” said the PM. “And by 2030, at the latest, we must be able to fly completely green when we fly domestically in Denmark.” Frederiksen, who said flying would become more expensive as a result, added the European Union should become a climate union. Denmark’s hydrogen plans rest mainly on wind power generation.