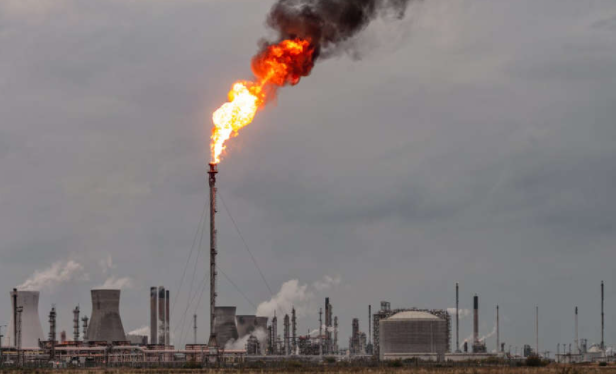 Petrochemicals tycoon Sir Jim Ratcliffe, the wealthiest man in the UK, and who was recently accused of “environmental vandalism” after being linked to almost a third of industrial air pollution in Scotland, has warned against burning fossil fuels and is now calling on the UK government to invest more money in hydrogen technology.

Sir Jim’s company Ineos, which emitted 3.2 million tonnes of CO2 in 2019, from its oil, chemical and power plants, is also developing clean-burning “green hydrogen”, and is spending €2bn (£1.7bn) on new electrolysis-based hydrogen plants across Europe, though not in Britain.

The UK has missed out in the creation of a first wave of factories, which will start with a plant in Norway, where hydrogen obtained from water through a process powered by renewable energy, will provide the gas to the country’s transport industry.

The company will then open further plants in Belgium and Germany.

In aTelegraph article, Sir Jim wrote: “Hydrogen is the dream fuel. You can heat your home with it. You can drive your car on it. Burn it and all it produces is energy. The only byproduct is water. We can all live with that.

“Even better, hydrogen can be made from just water and green electricity produced from windmills, hydroelectric plants and solar cells. From cradle to grave, it can be zero carbon.”

But he said the UK government was not investing in the infrastructure required to help move away from fossil fuels and towards hydrogen.

The government has recently indicated it is interested in pursuing hydrogen, with Boris Johnson announcing £100m to “kick start the hydrogen economy”.

However, the announcement cause a wave of concern among conservationists due to support for so-called “blue hydrogen”, which depends on using natural gas to obtain hydrogen, and could lock in greater dependency on fossil fuels. Meanwhile “green hydrogen” is obtained using electricity from renewable sources.

Video: Factories could ‘shut down’ from gas shortages this winter, says industry chief (The Independent)PauseCurrent Time 0:01/Duration 1:36Loaded: 64.55%Unmute0FullscreenMembers of the community pay tribute at David Amess vigilClick to expand

Sir Jim said: “Green hydrogen represents one of our best chances to create a more sustainable and low carbon world. Europe is crying out for more investment in green.”

The company, which also makes the large 4X4 vehicle the Grenadier, has said it will make a hydrogen-powered prototype version by 2023, but Sir Jim suggested the lack of filling stations in the UK could be a barrier to the adoption of hydrogen-powered transport.

“The German government is ahead, with €9bn (£7.6bn) committed and over 200 filling stations operational.

“The UK authorities have yet to get out of the blocks but hopefully soon will. Britain has only a handful of hydrogen pumps today,” he said.

Sir Jim’s own commitment to investing in the UK has also previously come under scrutiny – the calls for more funding for hydrogen come less than a year after Ineos abandoned a promise to locate a vehicle factory in Bridgend in Wales, where it would have created 500 jobs, to instead build the car plant at a former Mercedes-Benz factory in France.

He was also a high-profile supporter of Brexit, saying he believed outside the EU Britain would be free of much red tape and would therefore thrive.

He subsequently quit Britain for tax-free Monaco, with estimates the decision has cost HMRC £4bn a year in tax payments.

However, one of Ineos’s subsidiary firms, Inovyn, is set to work with Northern Irish bus company Wrightbus, to increase the use of hydrogen across heavy duty fleets in the UK.

Wrightbus developed the world’s first hydrogen powered double decker bus, and alongside Inovyn, will “investigate opportunities for the deployment of hydrogen applications and technologies,” Ineos said.

“Together they will work with the UK government to realise the deployment of hydrogen which needs support on infrastructure, legislation, and investment.”