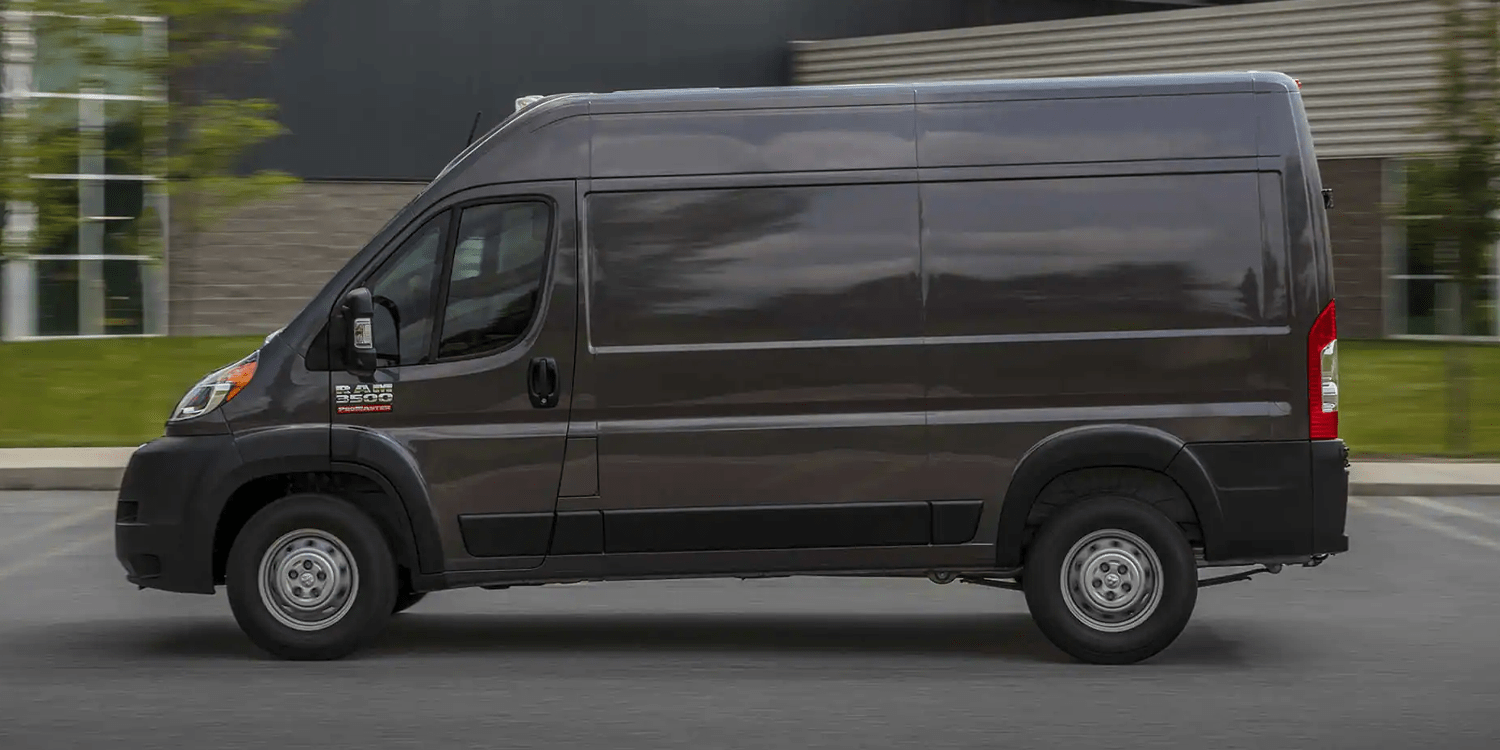 Amazon today became Stellantis’ first commercial customer for the new Ram ProMaster Battery Electric Vehicle launching in 2023. The merger between FCA and PSA expects the long-term agreement with Amazon to help them put thousands of BEV ProMasters on the road every year.

The Ram ProMaster takes its clues from the all-electric Fiat Ducato. However, Stellantis says it used input from Amazon to add last-mile delivery features, and Amazon will deploy the vehicles to routes across the United States. More details remain, however scarce, and Stellantis mentions the ProMaster BEV deal as a “separate agreement” in a statement that is actually about software cooperation between Amazon and Stellantis: From 2024, jointly developed software solutions are to be used in the new digital interior platform STLA SmartCockpit, and Stellantis will also use Amazon’s cloud service AWS as its “preferred cloud provider”.

But back to the vans – Amazon has taken a similar strategy to take charge in the design process before, most notably with Rivian. The online giant had ordered 100,000 electric delivery trucks from the start-up in 2019 as part of an investment and asked for the vans to be made to spec already then. Today, the company is said to hold 20 per cent in Rivian and is en route to receiving the first e-vans before the order is to be completed in 2030.

Reportedly, Amazon also plans to procure up to 2,500 electric trucks from the Canadian manufacturer Lion Electric by 2025. Like the Rivian deal, Amazon reserved the option to purchase Lion Electric additional shares when placing the order in early 2021.

The company had also ordered more than 1,800 e-transporters for Europe from Mercedes-Benz Vans in August 2020. At the time, it was the largest order for electric vehicles from Mercedes to date.

What is more, again, by 2025, Amazon aims to deploy 10,000 e-vehicles in India, which, as reported, will be e-rickshaws and four-wheeled electric vehicles from Indian production.

The orders are part of Amazon’s climate protection pledge in which the e-commerce giant aims to use 100 per cent renewable energy by 2030 and to operate CO2-neutral by 2040.

For the current order with Stellantis, it remains to be seen how far and whether the Ram ProMaster BEV will differ from the Fiat E-Ducato, as was sometimes the case with the combustion models. Fiat Professional had presented the series EV in June 2020 and made the electric drive available in all body trims. The panel van offers up to 17 cubic meters of cargo at a payload of a maximum of 1.95 tons. The electric motor of the E-Ducato produces 90 kW and offers 280 Nm of torque and can be combined with a small battery consisting of three modules with 47 kWh or a larger battery based on five modules with 79 kWh.

Stellantis has yet to reveal the US pricing of the Ram ProMaster BEV.