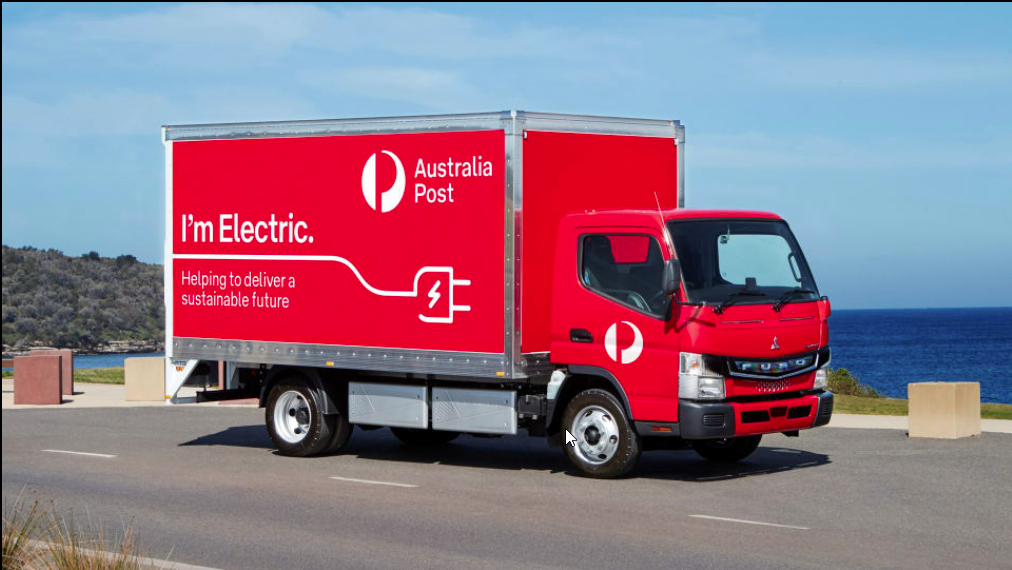 Australia Post is poised to lease a small fleet of electric delivery trucks, but with 100km of driving range they will be assigned to short trips.

Australia Post is about to add 20 electric delivery trucks to its fleet, but they will be assigned to short routes due to their limited driving range.

The Fuso eCanter has about the same size battery pack as a Hyundai Kona electric city SUV.

Because of the electric truck’s weight and 3000kg payload, the Fuso eCanter has a maximum driving range of 100km when fully loaded – rather than the 480km range of a similar battery pack in a smaller, lighter passenger car.

A diesel-powered delivery truck of similar size has about 300km of driving range between refills.

It would take about 30 hours to recharge the Fuso eCanter electric truck from empty using a household power socket, but Australia Post will have a number of fast-chargers that can reboot the electric trucks in about an hour.

Australia Post will lease 20 of the electric Fuso eCanter trucks for six years from October 2021.

The electric trucks will be returned to Fuso at the end of the six-year lease.View 7 images

While Australia Post says it has approximately 3000 “electric vehicles,” most of those are forklifts and other warehouse vehicles not designed for the road.

However, Australia Post has experimented with electric delivery vans previously.

In May 2014, the mail service provider tested two Renault Kangoo ZE Maxi vans in Melbourne, before adding two more vehicles for a trial based out of Sydney.View 7 images

For the tech heads, Fuso says the eCanter is powered by six liquid-cooled lithium-ion battery packs mounted under the vehicle.

Although the battery pack has a 82.8kWh capacity, only 66kWh of that is “usable power.” By comparison, the Hyundai Kona and Kia Niro electric city SUVs have 64kWh battery packs.

Fuso says the electric motor in the eCanter delivery truck has an output of 135kW/390Nm, available “the moment the accelerator pedal is pressed.”View 7 images

The Fuso eCanter has a Gross Vehicle Mass of 7.5 tonnes and became the world’s first small electric truck to go into production, in 2017.

It was tested in Australia for six months before being leased to Australia Post.

In addition to two airbags (one each for the driver and passenger), the Fuso eCanter has autonomous emergency braking (with pedestrian detection) and lane departure warning (though not lane-keeping).View 7 images

In a media statement, James Dixon, a representative for Australia Post said: “With the significant growth in parcel volumes, more vehicles are required in our network.”

“It makes good sense to add electric vehicles as part of this requirement. Not only will these eCanters fit our needs in this delivery category, but they will also contribute to our science-based target to reduce emissions by 15 per cent by 2025 (compared to 2019).”