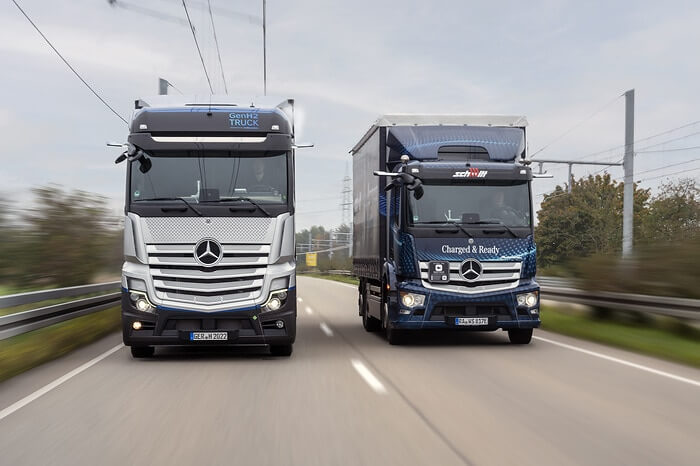 Daimler Trucks has revealed today (Oct 25) that it has received a license to utilise its hydrogen-based fuel cell trucks on public roads.

The Mercedes-Benz GenH2 Truck, which aims to achieve ranges of up to 1,000km and more without the need to refuel, will now be allowed for testing on public roads to verify the data in a realistic scenario.

Testing of the truck on public roads will make up part of the eWayBW project which will include comparative tests of the purely battery-electric Mercedes-Benz eActros with the catenary trucks and fuel cell trucks from other manufacturers.

The first series-produced GenH2 Truck are expected to be handed over to customers starting in 2027 and additionally, has the ambition to offer only new vehicles that are carbon-neutral in driving operation in Europe, Japan and North America by 2039.