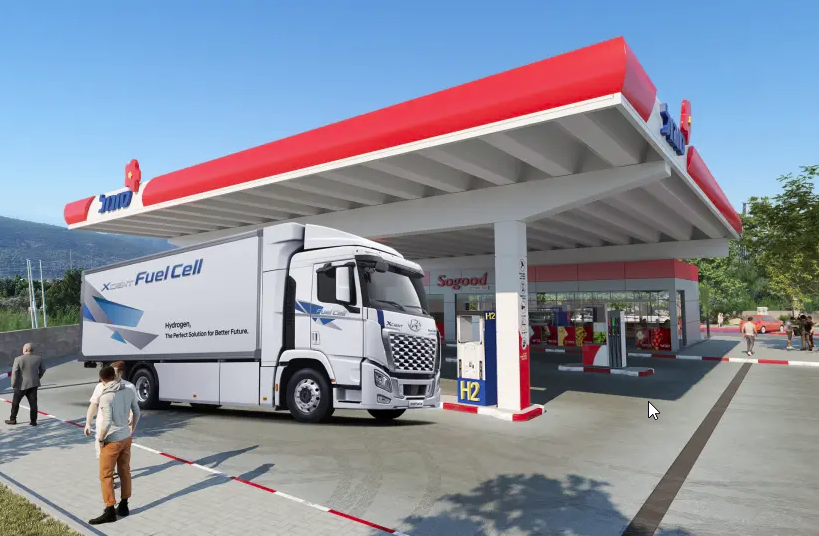 As oil prices soar around the globe leading governments to raise the price of gasoline for consumers, interest in finding alternative fuel for vehicles has increased. While electric vehicles stand as the primary replacement for traditional gas-powered engines, there is another green fuel source that is gaining traction: hydrogen.

Furthermore, both Bazan and Sonol will add hydrogen trucks to their fleets as early as the third quarter of 2022, further advancing the adoption of the technology. Malachi Alper, CEO of Bazan, emphasized that cooperation is a practical first step in Bazan’s plan to provide a renewable energy carrier for transportation with an emphasis on the hydrogen market.

“This is an important milestone on a global scale,” said Yaniv Shirazi, CEO of Colmobil. “Israel is among the first countries in the world to stage the movement of hydrogen fuel cells on the country’s roads and the cooperation between these companies positions Israel as one of the most advanced countries in the world.”

Hydrogen fuel cells replace internal combustion engines in buses, trucks and other heavy vehicles, as a viable eco-friendly alternative to combustion – electric motors powered by traditional batteries are typically not suited to larger vehicles, due to their weight. The use of hydrogen results in zero carbon emissions, as the fuel cells merely output water vapor as a byproduct.

The CEOs of Colmobil, Bazan, and Sonol signing the agreement. (credit: Yosi Aloni)

“Sonol is proud to be the first in Israel together with its partners in leading the hydrogen revolution – the future fuel for car transportation,” said Nir Galili, CEO of Sonol. “I am sure that the global trend of using hydrogen will spread in Israel and change energy consumption, to become much cleaner and more environmentally friendly.”