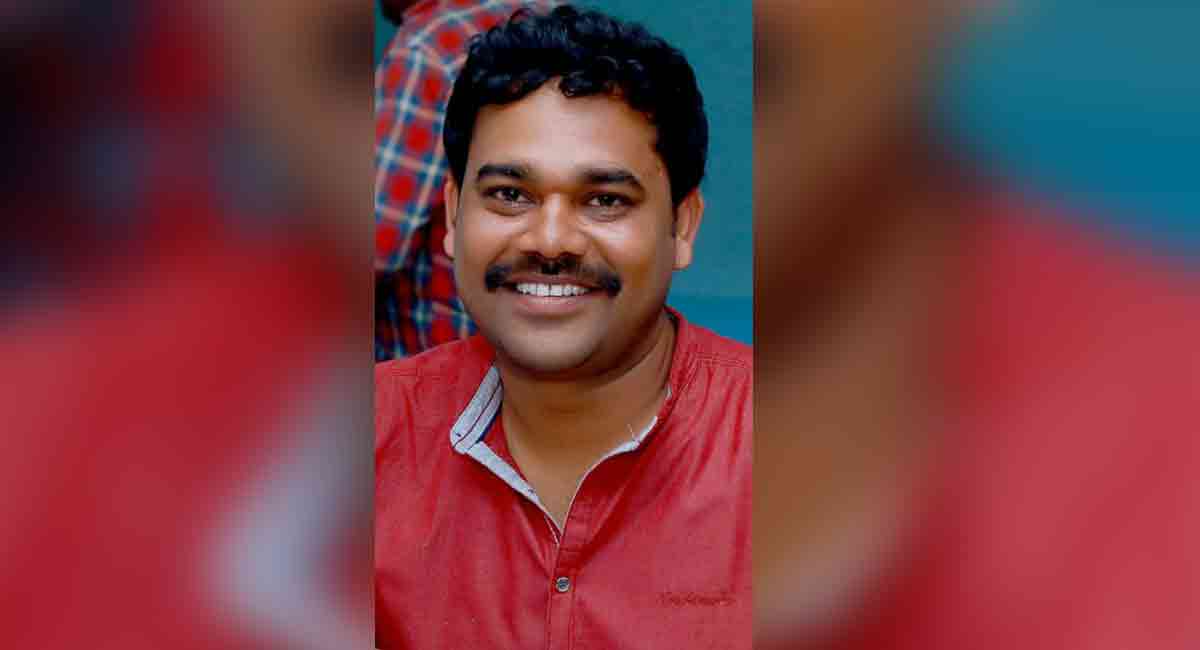 Sangareddy: At a time when the Indian government and Telangana governments were coming up with various incentives to encourage the usage of electric vehicles to cut fuel emissions, a technician working at the Department of Design at Indian Institute of Technology-Hyderabad (IIT-H) has come up with an innovative design of an electric truck carrier proposed to ply only on Outer Ring Road (ORR) and other Express Highways. The proposed design of truck carriers not only saves money to truck owners but also restricts fuel emissions besides creating employment for thousands.

The technician Bathoju Vivekananda Chary (34) had got an Indian patent for his design of a truck carrier recently from Controller General of Patents, Designs, and Trademarks.

His innovative concept is that the normal trucks which run on diesel will have to be parked on the electric truck carrier which moves them between pre-determined locations to and fro on the Outer Ring Road (ORR) or the proposed Regional Ring Road (RRR). Speaking to Telangana Today, Vivekanda Chary explains that over 25,000 trucks ply on ORR every day.

According to statistics obtained by him, each of these 25,000 trucks plies about 40 KM on the ORR. As these trucks consume a liter of diesel every four kilometers, Chary said that they will consume 2.5 lakh liters eventually generating 6.75 lakh KGs of carbon dioxide every day. Moreover, the truck owners will be spending anywhere between Rs 25 to Rs 30 on every Kilometer of travel. Saying that the truck carrier designed by him would not only save money for owners of trucks since the designed truck carrier charges less than Rs 20 per KM, it would also restrict carbon footprint in and around Hyderabad. The carbon emissions around the ORR were put at 2.46 lakh tonnes if we take all the vehicles plying on ORR into consideration including cars, trucks, and other vehicles.

When questioned why electric truck carriers, why not electric trucks, Chary said the manufacturing of electric trucks is very expensive and the existing batteries will not support them for long travels. Though some companies were coming up with electric trucks, he said that the companies did not develop long-range batteries yet. The truck carries can be operated on ORR, Express Ways, and also on the proposed Regional Ring Road. Chary, who hails from Sirisinagandla village in Charkonda Mandal of Nagarkurnool district, had completed his diploma in Design from Lakhotia Institute of Design. He had joined as a technician at the Department of Design IIT-H some six years ago. IIT-H Director Prof BS Murty and Head Department of Design Prof Deepak John Mathew had appreciated his work. The designer said that he is willing to share his design if any automobile company comes forward to manufacture such vehicles.

How Cummins reinvented itself for a zero-emissions future