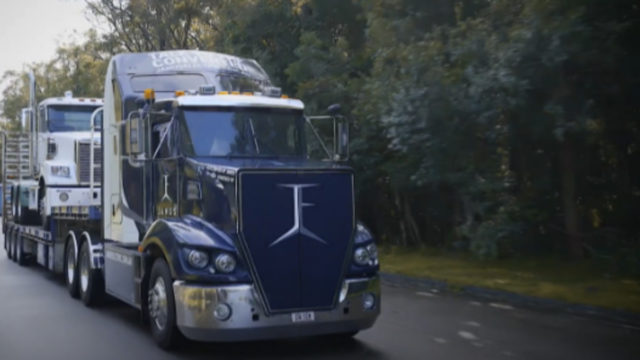 In a move that marks the company’s first collaboration, the agreement will see LIS develop and test lithium sulphur and lithium battery cells to suit the requirements of the Janus Electric exchangeable prime mover battery packs.

This could mean mobile phones with a one-week battery, electric vehicles with a 1,000-kilometre range and drones that fly for hours between charges.

Brisbane-based Janus Electric intends to progressively phase out lithium-ion cells and purchase Li-S Energy cells to meet its 495,00-cell target (at a total of 247.5MWh) by the end of 2023.

As it stands, Janus converts existing trucks from diesel engines to electric for primary industries such as mining.

It has also developed a proprietary exchangeable battery system that negates the need for lengthy recharge times by allowing batteries to be swapped out of vehicles at designated change and charge stations in a matter of minutes.

When used in conjunction with renewable energy, this would ultimately deliver a ‘carbon zero’ solution for electrifying Australia’s road transport fleet.

By using lithium sulphur batteries, the energy capacity increases up to five times of a lithium-ion battery.

“So anywhere that the battery’s weight is being carried by the battery’s energy – such as wanting an EV to drive twice as far, a drone to fly for hours instead of minutes and if you want to make electrical aviation a genuine, commercial possibility you need very lightweight batteries and that’s what lithium sulphur can do,” Li-S CEO Lee Finniear said.

The objective of the collaboration is to increase vehicle range between battery exchanges and to reduce the total weight of each battery pack.

Because old sulphur batteries are so energetic, Finniear said they tend to fail after 50 to 100 discharges and recharges, “kind of like having a great car that goes really far but having to take it back every three months to get a new battery.

“We have managed to extend that cycle life to 900 cycles, which really changes the game,” he said.

This announcement comes amid an ever-expanding electric vehicle market, which Finniear said is likely to grow about 10 times in the number of batteries sold by 2030 compared to today.

“We are looking at 100% in growth year on year going forward,” he said.

“The European community have decided it will be illegal to sell a petrol or diesel car after 2035, and that’s only 14 years away and applies to things like heavy vehicles as well.

“14 years is not a long time when you have to develop cars, trucks and everything else to be electrified and get people engaged to adopt the technology early.

“It is a massive industry, and everyone is looking for a better battery to improve the performance of their products whether they are cars or drones or planes because lithium-ion doesn’t cut it.”