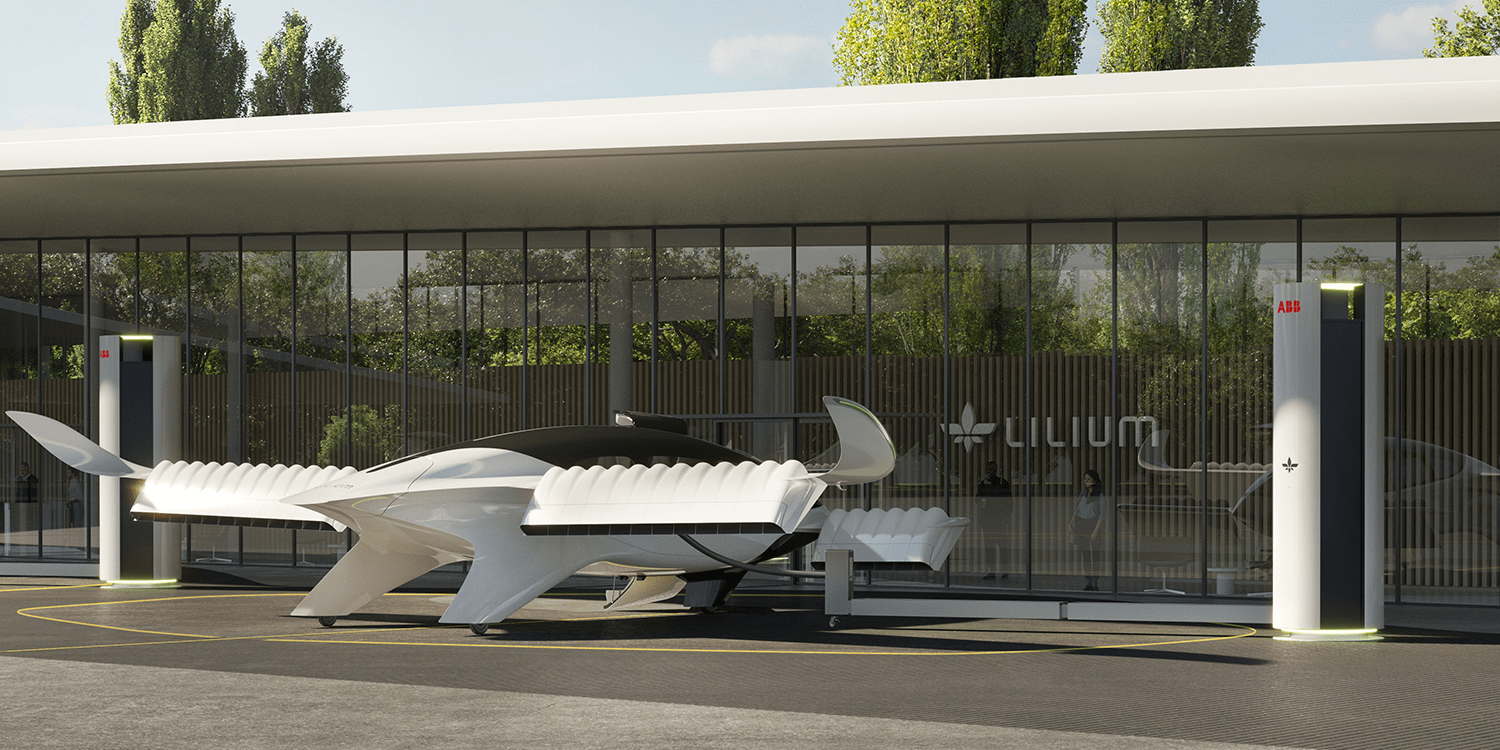 eVTOL air taxis will have to spend most of their time in the air if they’re going to be profitable at the super-cheap seat prices these companies are forecasting. That means they’ll need to charge up in little more time than it takes to get passengers and luggage on and off.

This is going to require some extraordinary chargers – not to mention battery packs that can take the stress of ultra-fast charging. So German eVTOL company Lilium has teamed up with Swedish/Swiss multinational giant ABB on a monster charging system designed to blast-charge batteries and ensure quick turnaround.

True to its name, the MegaWatt system will push up to a full thousand kilowatts of power DC. Lilium says this will give its aircraft a full 0-100 percent charge in around 30 minutes, or a quick 0-80 percent charge in just 15 minutes. This, combined with the 7-seat air taxi’s projected range of 155 miles (250 km) and cruise speed around 175 mph (282 km/h), will allow each aircraft to make between 20 and 25 flights per day.

The MegaWatt Charging System (MCS) is a new standard under development specifically targeted at large electric vehicles like trucks, buses, municipal and commercial vehicles. With a single hand-held cable and plug, it’ll push maximum voltages up to 1,500 V, and maximum currents up to 3,000 A – so it theoretically supports charging at up to 4.5 megawatts. How exactly that works without causing the lights to go out in several nearby suburbs will be interesting to learn.

A significant number of major transport industry players are on board with this project, and as such, the system developed by Lilium and ABB will be compatible with a range of other heavy vehicles – not that we’d expect them to come cruising past a Lilium vertiport hoping for a top up.

ABB has considerable form in this arena; it’s already rolling out the world’s fastest commercially-available chargers for regular EVs: the 360-kilowatt Terra 360.