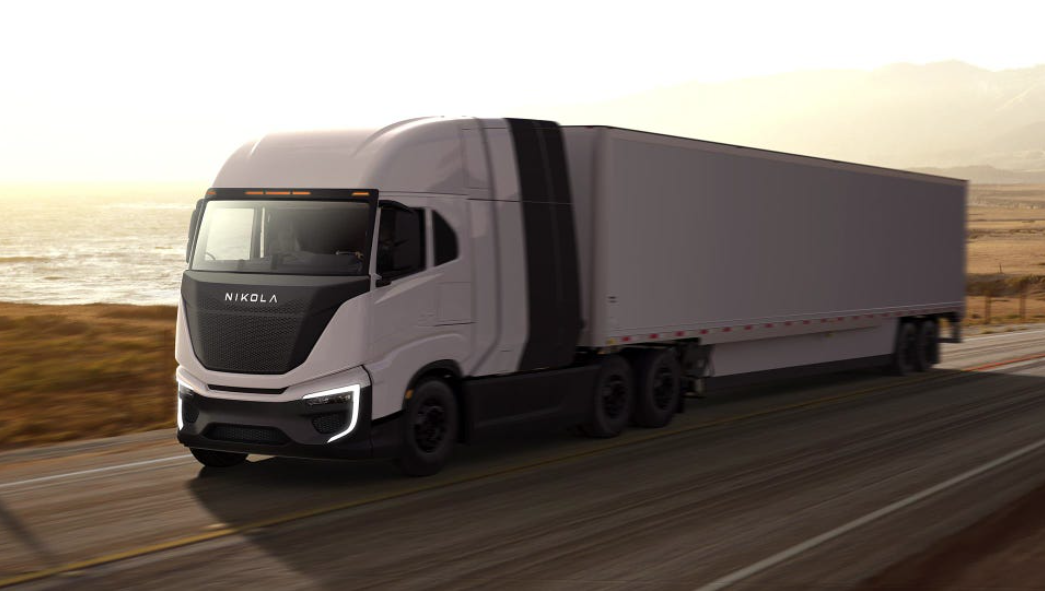 Nikola Corp.’s goal of building and fueling pollution-free fuel cell electric trucks is getting a boost from a new partnership with oil and gas giant TC Energy—the company behind the now-canceled Keystone XL pipeline project—to set up large-scale hubs to produce hydrogen.

Nikola and TC Energy, headquartered in Calgary, tell Forbes they plan to jointly design, build and operate high-volume hydrogen production facilities over the next five years that will have significantly more capacity than Nikola’s first stations. Initially, the Phoenix-based company will operate hydrogen stations that make up to eight tons of the clean fuel daily. The project with TC Energy will result in hubs generating 150 tons or more per day both for trucks and the Canadian company’s energy customers.

The partnership doesn’t include investment in Nikola by TC Energy and the companies aren’t yet saying how much each future of their hydrogen refineries will cost.  They’ll use different base materials to make the fuel depending local market conditions, including renewable energy, biomass and natural gas—and sequestering byproduct carbon dioxide when necessary.

“We see the opportunity to partner with Nikola (as a way) to identify and expand our customer base, using the infrastructure and skill sets that we have, to provide that backbone infrastructure that will be required as the hydrogen economy grows over the coming years,” says Corey Hessen, TC Energy’s senior vice president and president of the company’s power and storage division. “We’re a company that’s embedded in the energy business, irrespective of what technology is being used. Hydrogen is just another commodity that we can deliver to them.”

The alliance is the latest in a string of partnerships Nikola has unveiled in recent months as it works to overcome founder Trevor Milton’s legal problems and stay on track with plans to build and sell heavy-duty battery and hydrogen-powered trucks. Last month Nikola said it would develop hydrogen stations with OPAL Fuel, a provider of renewable natural gas; in June it bought a $50 million stake in an Indiana hydrogen plant, following plans announced in April for a hydrogen pipeline alliance in Europe with commercial vehicle maker IVECO and natural gas distributor OGE and news that it intended to create hydrogen fuel stations with truckstop powerhouse TravelCenters of America.

In late 2020 the company also secured a deal to buy cheap surplus electricity from Arizona’s utility authority that it will use to make hydrogen through electrolysis of water with zero carbon pollution.

The TC Energy tie-up will be impactful as Nikola’s production scales up in the next few years, says Pablo Koziner, president of the company’s energy and commercial business.

“We have solutions for early-day, lower volume production of trucks and how we support those with hydrogen. We’re in a rush to build up facilities in areas where we expect high volume,” notably in the Southwest in California and Arizona, he said. “But there are other areas too. There other parts of the country and the Canadian market is—the Canadian government is—very progressive. We’re seeing opportunities there as well. It’s really an issue of coordination and prioritization. That’s the type of work that we’re excited to do with TC energy.”

Ahead of delivering fuel cell trucks to commercial fleet customers, Nikola aims to deliver initial units of its battery-powered Tre semi late this year. Production of the first models is getting underway in Ulm, Germany, at a plant operated by its partner Iveco, a commercial vehicle manufacturer. Production of battery-powered Tres also begins next year at Nikola’s plant in Coolidge, Arizona. A fuel cell version of the Tre is to be built in Coolidge from 2023 and a bigger, longer-range Nikola Two semi goes into production at the plant in 2024. Nikola’s business plan is to lease fuel cell vehicles to customers including Anheuser-Busch—and provide all the hydrogen fuel they’ll need.

The eight-ton hydrogen production and distribution facilities Nikola has said it will start with are to provide fuel for up to 200 trucks per day. By comparison, the 150-ton (150,000 kilogram) hubs it envisions building with TC Energy could supply enough fuel for thousands of trucks daily.

“We have laid out a target to identify opportunities within the next five years,” Koziner said. “We have certainly started to look at the areas that we believe will be the highest demand for hydrogen in all respects, but certainly paying a lot of attention to density of commercial traffic.”

Nikola is far from alone in pushing hydrogen to power heavy-duty vehicles. Toyota, Hino, Hyundai Motor, Volvo, Daimler, Cummins, General Motors and Navistar have their own hydrogen-fueled plans. The companies say the technology is better-suited for heavy trucks that drive hundreds of miles per day than multi-ton batteries, such as those required by Tesla’s long-delayed electric Semi, as the fuel cell powertrain is lighter and can be refueled about as quickly as a diesel truck.

Fuel cells have been in use since the 1960s, notably with NASA spacecraft. Rather than storing electricity as batteries do, they make it as needed in an electrochemical process involving hydrogen and oxygen that emits only water as a byproduct.

“Our customers are telling us that they want solutions that also include non-carbon emitting generation.”Corey Hessen, TC Energy senior vice president

While Nikola’s image has been hammered by Milton’s indictment by the DOJ for making false statements about the company in public appearances and on social media that misled investors about its technology (charges that he denies), TC Energy’s pivot to hydrogen comes in the aftermath of ending work on its controversial Keystone XL pipeline after the Biden Administration blocked it.

Nikola shares rose 5% to $10.73 in Nasdaq trading on Thursday morning, while TC Energy rose less than half a percent to $48.95 in New York.