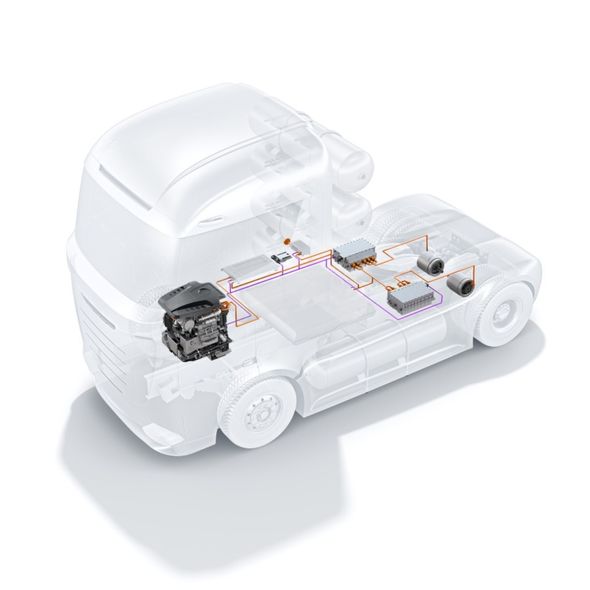 Bosch has identified hydrogen as a megatrend as the world watched COP26 discuss the future of power for the last two weeks. Its research suggests the market for green hydrogen in the European Union will be worth more than £34billion by 2030, with annual growth rates of 65 percent.

Fuel cells convert hydrogen into electricity, and Bosch is developing both stationary and mobile fuel-cell solutions.

From 2021 to 2024, Bosch plans to invest one billion euros (£850 million) in fuel-cell technology, and estimates that the market for mobile fuel-cell components will be worth around €18billion (£15.37billion) by the end of the decade.

Bosch is looking to develop the next generation of powering vehicles, as many companies look to transition away from fossil fuels and look at alternative fuels.

They are set to invest heavily into developing fuel cells to power vans and trucks.

Bosch is focusing on HGVs and think hydrogen will have a good use-case with the likes of refuse trucks and buses, with some hydrogen buses already being used in some parts of the UK.

They are hoping to have HGVs with their hydrogen fuel cell components in production next year and are already partnered with five different projects around Europe.

Tiffany Mittelstenscheid, senior product manager of the fuel cell stack at Bosch, spoke of the investment and their plans.

Speaking exclusively to Express.co.uk, she said: “There are plans throughout Europe and the UK, where big transport lines are considered.