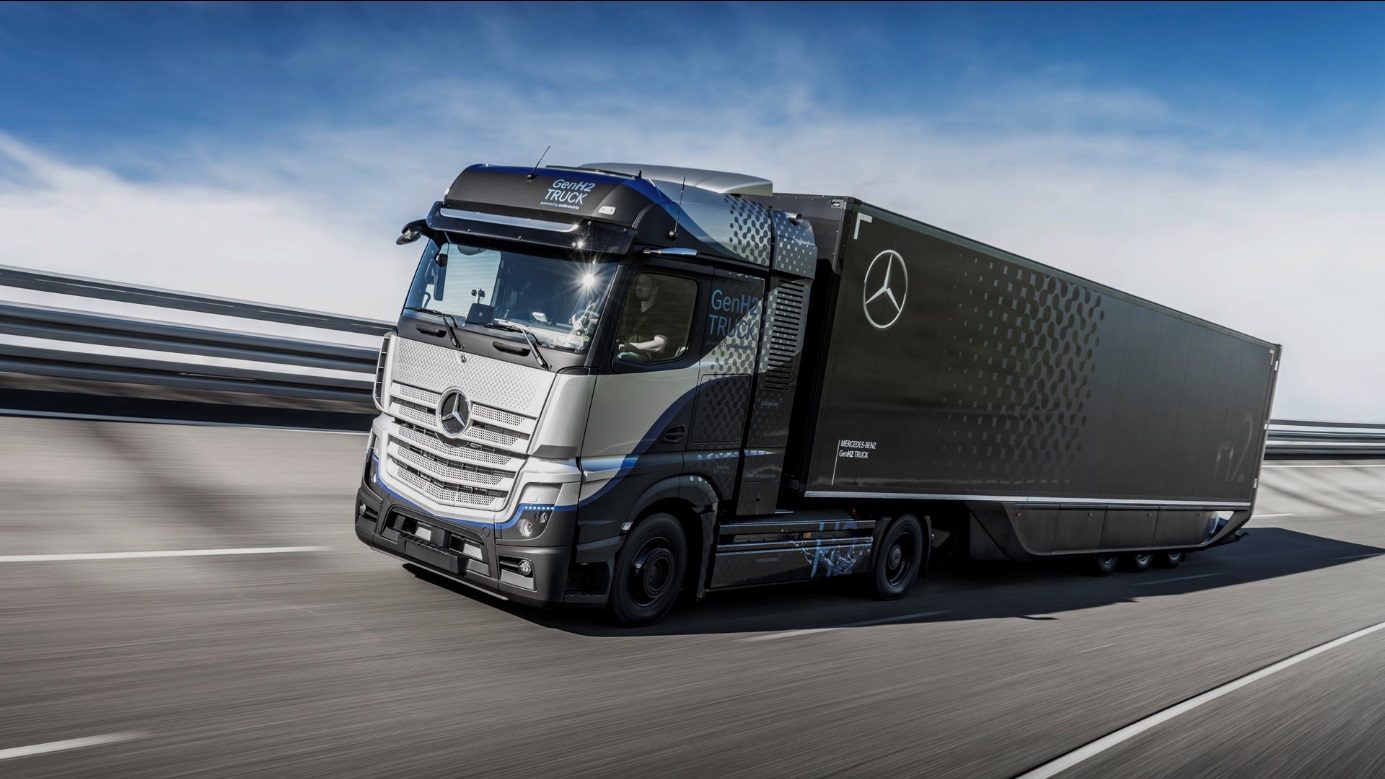 1st Gear: Daimler Trucks Is Trying To Get In On The ‘We’re Going Electric’ Thing And It Could Be Better

As Nikola found out, not everybody gets to be Tesla. Now it’s Daimler’s turn to find out that saying you’re going to make electric trucks sometimes puts more scrutiny on your operation than you’d like. The thing is Daimler thought it wasn’t getting enough attention, and now it’s getting it. Please enjoy this “be careful what you wish for” story from the Financial Times:

[W]hile upstart rivals Tesla and Nikola, neither of which have delivered a single zero-emissions truck to date, reached eye-watering market valuations in part because of their electric and hydrogen truck ambitions, investors have hardly given Daimler a second glance.

“Sometimes we would have liked to have a little bit more of [the] limelight,” admitted Martin Daum, […] who has led the German truckmaker since 2017. Being part of a group containing the far more glamorous Mercedes-Benz carmaker, he acknowledged, meant the division was often overlooked.

This is about to change. Seeking to transform itself into a luxury, fully-electric carmaker, Daimler will spin off its trucks business on December 10, floating 65 per cent of the unit on the Frankfurt stock exchange. The business is likely to enter Germany’s flagship Dax index alongside its former owner, henceforth to be known simply as Mercedes-Benz.

Unlike VW’s spin-off of its truck unit Traton in 2019, when the parent group kept close to a 90 per cent stake, Daimler Trucks’ large float exposes it to intense scrutiny. In particular, its lacklustre profit margins, rather than electrification plans, will “now be much more closely focused on”, said Kai Mueller, Barclays analyst. Investors, he added, know that in this industry, “scale is important, but operational efficiency even more so”.

Some of Daimler Trucks’ recent figures do not make the best reading. It sold almost 489,000 vehicles in 2019, more than its two nearest competitors, Volvo and Traton-owned Scania, combined. Yet these two rivals achieved operating margins of about 11 per cent in the last pre-pandemic period, while Daimler Trucks managed just over 6 per cent. The high costs of its European operations, which have dragged on earnings for several years, continue to weigh on the business. ﻿

I love the idea of a successful but low-profit margin company getting sad about its slow-but-steady progress, dipping into the world of finance, and getting owned. It’s almost like … chasing valuations is not healthy for a business in the long term.

2nd Gear: What’s The Point Of The French Government Other Than To Support A ‘Struggling Auto Parts Factory’

Speaking of the tense interactions between the free market and protectionist forces, things are not going great for one of Renault’s suppliers, as Bloomberg reports:

Renault SA dodged a political minefield after the government backed the manufacturer’s decision to withdraw support for a struggling auto-parts factory in France despite a backlash from unions and local officials.

“There is no credible offer for the takeover” of the Jinjiang SAM foundry in the rural Aveyron region, Finance Minister Bruno Le Maire said Wednesday on France Info radio. “We have been working for months with workers and local authorities to find a solution.”

The minister was reacting to Renault’s decision Tuesday to withhold further orders from Jinjiang SAM, dealing an effective death knell for the plant because the carmaker is its last remaining customer. Renault instead chose to back the takeover of another aluminum maker.﻿

I am befuddled. What else is the French government even doing other than propping up struggling industrial concerns?

3rd Gear: BlackRock Is Getting In On EV Chargers

BlackRock, a giant bag of money in corporate form, is getting in on the EV charger game. The world’s largest money manager is investing in Ionity, a European charger concern, as Reuters reports:

The investment, which also includes contributions from existing shareholders, will enable Ionity to more than quadruple the number of high-power 350 kilowatt charging points to 7,000 by 2025, Ionity said on Wednesday.﻿

I will miss the days of mom-and-pop EV chargers as these things all go increasingly corporate.

4th Gear: Something Weird Is Going On With Tesla’s German Union

Germany’s biggest union is raising some eyebrows about the unionization of Tesla’s plant over there. It’s getting set up to be led by management, as Reuters explains:

A works council being set up by Tesla staff at the company’s new Gruenheide plant near Berlin risks being unrepresentative as most of the employees hired so far are middle or senior managers, Germany’s largest union warned on Tuesday.

IG Metall said seven Tesla employees, none of whom were its members, had called a meeting for Monday to choose a committee to run elections for a council that would remain in position for at least two years.

Under German labour law, employees must be at a company for six months before they can run in a works council election – meaning any body formed in the near future is likely to be dominated by management figures, the union said.

Dietze said a new election can only be called after two years, and only then if the workforce has more than doubled. IG Metall says Tesla has hired about one in six of the 12,000 workers due to be recruited for the site so far.﻿

We can’t say that this is a grand scheme from Tesla to block workers out of positions of power in union representation, but if that kind of thing was going to happen, this is how.

Panasonic Corp. is aiming to introduce a security system it has developed for automakers to prevent cyberattacks amid the launch of more vehicles that offer various services via the internet.

The new system will see software installed in internet-connected cars to detect abnormalities and dedicated teams at Panasonic and the automakers will monitor the cars around the clock, the Japanese electronics conglomerate said.

In late October, Panasonic demonstrated an example of a cyberattack and how it could be detected at a mock-up surveillance center set up in Tokyo. Once a demonstration car in Osaka was hit by an experimental remote attack, the car’s steering wheel quickly turned 180 degrees and a warning beep blared out in Tokyo.

“If the computerized control is taken over during driving, it leads to fatal accidents. Practically, abnormalities need to be detected at a much earlier phase,” a company official said, adding that the company’s system is capable of doing just that.﻿